MADISON, Wis. — Almost four months after a Wisconsin man hired an out-of-state moving company to pack up his home and move to Florida, he is just now getting his belongings after driving back up to the Midwest to get them himself from a storage building in Illinois.

Chris Baumann and his family made the decision to move to Panama City Beach back in early summer. He hired the company, Titan Moving and Storage, which originally quoted him around $6,000 when Baumann talked to a salesman over the phone. When movers showed up at his home, the price doubled. He ultimately paid $9,000 of his $12,000 and his stuff was never delivered.

“Never in my wildest dreams did I think someone was going to steal my property,” he said.

After months of back-and-forth phone calls and changing stories from the company, Titan finally gave Baumann an address to pick up his belongings in Indianapolis. As Baumann was headed there, he was told his stuff was actually in Illinois.

This week, Baumann made the drive with a moving van and was finally reunited with his stuff, valued at $100,000 or more. 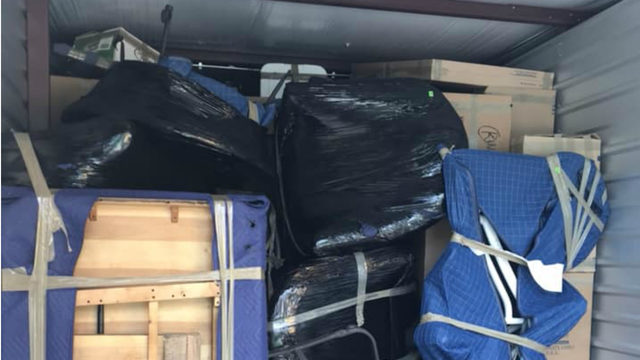 If you are thinking about moving, there are some red flags to watch for so you don’t end up in Baumann’s situation. Read more about what the Department of Agriculture, Trade and Consumer Protection suggests here.