Shooting at 3 locations across Wausau area

ROTHSCHILD, Wis. — Police in northern Wisconsin say an officer and three other people were killed in what apparently began as a domestic dispute in a bank.

Everest Metro Police Chief Wally Sparks said the slain officer was from his department. Sparks did not release the officer’s name. The names of the other three dead also were not released.

Sparks said a suspect was in custody.

The violence in the small town of Rothschild began shortly after noon on Wednesday, after police were summoned to what they called a “domestic situation” at Marathon Savings Bank.

They say they arrived to find two people with gunshot wounds and the suspect gone. Authorities say a second shooting happened soon after at a law firm and a third at an apartment complex. 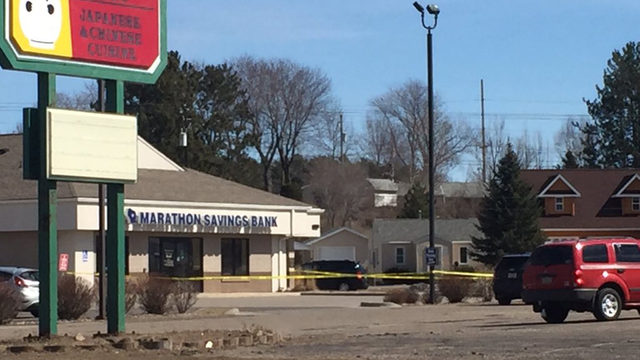