Papadopoulos surrendered around noon at the federal prison camp in Oxford, which is in Adams County. The prison camp is a minimum-security facility.

Adam Stevenson, a clinical associate professor from University of Wisconsin-Madison, said CEOs and government officials have served at the federal prison camp.

“You’re typically thinking of things like white-collar crime, low-level or older drug offenders, individuals who don’t have lengthy criminal histories or if they do, they’ve reached an age where the Bureau of Prisons feels they’re no longer a risk,” Stevenson said.

Papadopoulos pleaded guilty last year to lying to investigators about his contact with Russian affiliates during the campaign, including a mysterious European man who told him Russians had “dirt” on Hillary Clinton.

Still can’t believe the day I am going to a federal prison camp, mainstream media says am going for my Russia contacts. I have never met a single Russian official in my life. I have, however, met many western intel sources–Joseph Mifsud–who people still call “Russian.” Facts. USA

There are two prisons at the facility in Oxford, Stevenson explained. One is the federal prison camp where Papadopoulos tweeted that he would be serving. The other is the Federal Correctional Institution Oxford, a medium-security federal prison for male inmates in Wisconsin.

He compared the camp to a “slightly more secure dorm.”

“It’s not what you typically think of when you think of a prison. Instead, it’s very typical of an administrative, government building: dorm-style housing, programming, all these sort of other trappings of a prison but not the fences, not the towers, not sort of the more common characteristics of an actual prison,” Stevenson said. 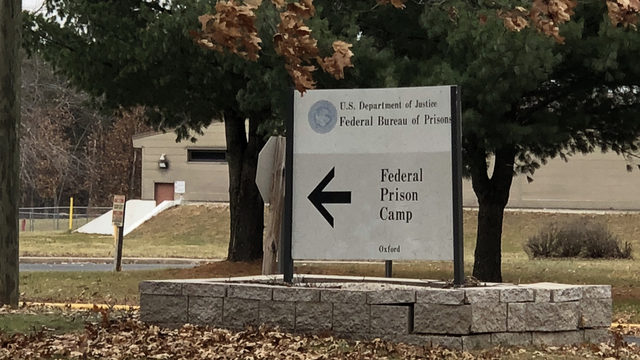 Papadopoulos had asked a federal judge twice in the last 10 days to pause his sentence, but the judge denied his requests. Papadopoulos tweeted Monday that he had “never met a single Russian official in my life.”

The truth will all be out. Not even a prison sentence can stop that momentum. Looking forward to testifying publicly shortly after. The wool isn’t going to be pulled over America’s eyes forever. Much love ��

Stevenson said the Bureau of Prisons takes into account proximity to family when deciding where to lace inmates. Papadopoulos’ parents live in Chicago, which could explain why he ended up in Wisconsin.