CROSS PLAINS, Wis. — Guns were stolen from a Dane County business early Friday after the thief drove a stolen car into the store, officials said.

Schaffer said the burglars backed a stolen 2004 Mercury Grand Marquis through the front of the store, smashed displays and stole multiple firearms.

The suspects were seen running from the store, leaving the stolen vehicle behind, according to a news release. Verona police responded to the shop with a K-9 to track the burglars, but no one was found.

Sheriff’s office detectives, along with Cross Plains police, the Bureau of Alcohol, Tobacco, Firearms and Explosives, and crime scene investigators are continuing to process the scene for evidence. 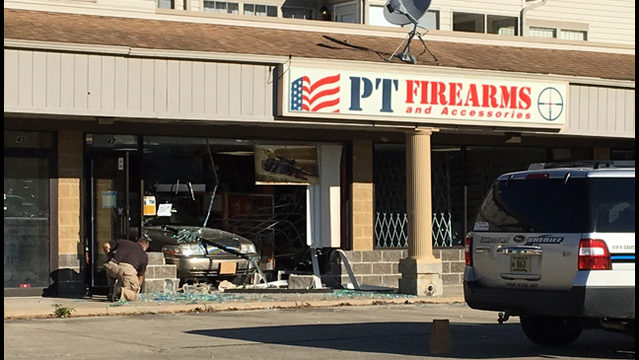