The untold tradition of the orange coat in Columbia County

COLUMBIA COUNTY, Wis. — In every town, in every corner of the world, there’s a story you don’t know about.

This story starts with Pete McCormick driving by the Wanderers Rest Cemetery when he saw a bright orange hunting coat draped over a gravestone.

“There was a dog out in the road and the owners that were across the road were there; I was taking the dog back and they said, ‘Yep, that family does that each and every year,'” McCormick said. 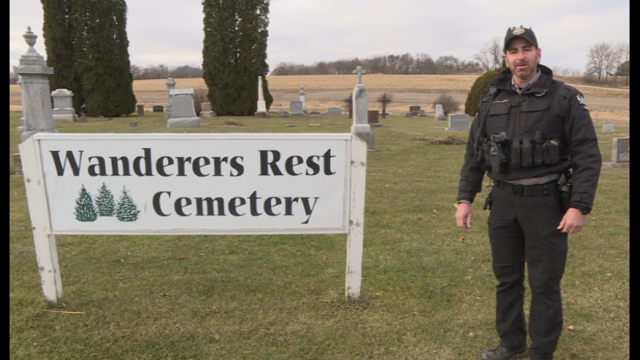 McCormick has been the Columbia County warden since last fall, and knowing Columbia County is an area that prides itself on deer hunting, he stopped to pay his respects for something he thought was a a simple tribute to a community tradition.

“It would typically be for deer hunting or something of that nature to symbolize the tradition of wearing the orange and being in the field. Why on a grave? I don’t know,” he said.

After we interviewed him, McCormick discovered the real reason behind the orange hunting coat at the cemetery.

For the past 10 years, Kim Swan has been placing the coat on the grave of her mother, Vera Reihbrandt, to honor her during deer hunting season. She removes it at the end of each season. 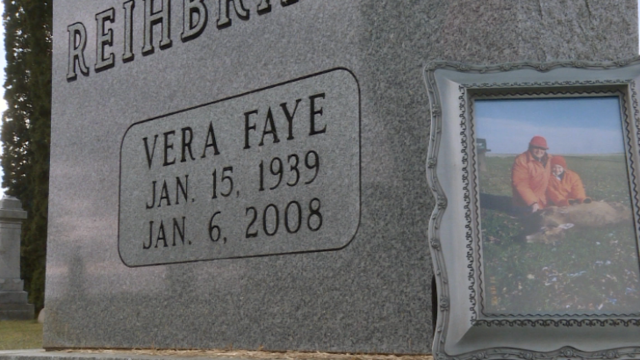 “She passed away from lung cancer,” Swan said.

According to Swan, hunting was in her mother’s blood.

“When we got out our hunting gear that first year, we just held mom’s coat and I started crying and said, ‘I just want to put it on mom.’ And my husband said ,’Well we can put it on her gravestone,'” Swan said. “It’s her same coat she always wore and her same hat she always wore.” 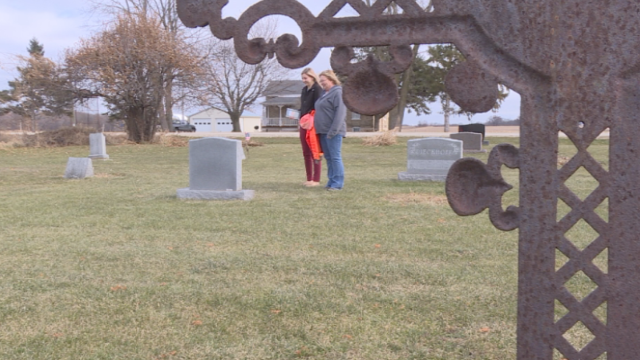 It’s a story the Swans have never really told anyone.

“We didn’t do it to get attention for it, we just did it because we missed her,” said Jenny Swan, Kim’s daughter. “We miss her every deer hunting season because she’s the one that brought us all together. So, now we just want to include her every deer season with us.”

The Swans said they plan on continuing the tradition and passing it along for generations to come.

“As long as the coat hangs together, it will be hanging on her grave every deer season,” Swan said.