‘The status quo is not acceptable:’ Middleton PD chief calls for gun reform on shooting anniversary

MIDDLETON, Wis. — It’s been one year since a gunman opened fire inside the Paradigm software company’s Middleton headquarters.

In the 12 months since Sept. 19, 2018, the officers and deputies who responded have received national recognition for shooting and killing the guman .

The company itself has rebranded, dropping WTS from its name, as well as remodeling its offices on Deming Way , where the shooting happened.

All four of the employees who were shot are now back at work full time.

Middleton police Chief Charles Foulke remains proud of how his officers responded that day. He’s also issuing a call to action for lawmakers with a post on the department’s Facebook page.

“I ask our federal and state elected officials to close firearm law loopholes like ghost guns and gun show sales,” Chief Foulke said in the post. “I ask them to enact universal background checks, red-flag laws, to ban weapons of war such as assault rifles and high capacity magazines and to reinstitute a 48 hour waiting period to purchase firearms. These are commons sense gun laws, supported by a majority of our citizens and they do not infringe on the rights of people to legally purchase and possess firearms.”

The shooter in the Middleton incident was not allowed to buy guns, but bought separate parts online and made the firearm himself, finding a loophole in the law.

Speaking on News 3 Now This Morning Thursday, Chief Foulke said he’s been disappointed by a lack of action from lawmakers in the past year, not only in response to the shooting in Middleton, but other mass shooting incidents across the country. 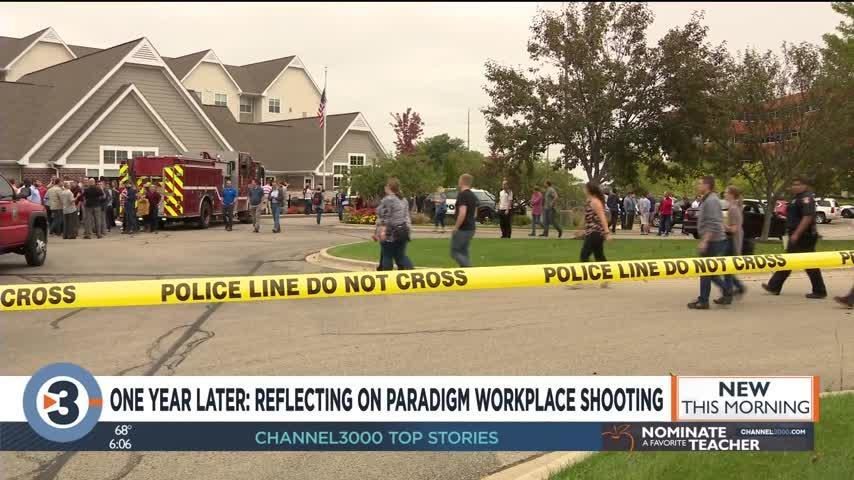 “For people who say these reforms wouldn’t work, I would simply say that nothing is working right now. The status quo is not acceptable, and we need to do something about it.”

On News 3 Now at Ten, Susan Siman will speak with five of the first responders who were the first on the scene and helped end the threat.