MADISON, Wis. — The University of Wisconsin-Madison is making a move for continuity in the athletic department by naming Chris McIntosh as its next Athletic Director, according to multiple media outlets.

McIntosh will take over for Barry Alvarez, who announced in April he was retiring at the start of July.

The news was first reported by WTMJ Radio in Milwaukee and The Athletic.

â»ï¸ Former Badgers All-American OL and first round draft pick of the Seahawks, worked at UW since 2014, & served as deputy AD since 2017.

McIntosh played for Alvarez on the Wisconsin football team in the late 1990s, and was named a consensus All-American offensive tackle in 1999 after helping the Badgers win back-to-back Rose Bowls in 1998 and 1999. He went on to be picked in the first round of the 2000 NFL Draft by the Seattle Seahawks, where he played for three seasons.

The Board of Regents is scheduled to meet in closed session Wednesday, with the only item on the agenda discussing the possible employment and pay of a new athletic director, signaling they were close to making an announcement. 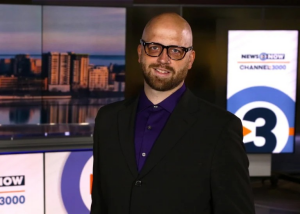