PARDEEVILLE, Wis. — Parents are voicing their concerns over a controversial statement a teacher allegedly made in class on Friday, Nov. 2.

According to a letter a parent sent anonymously to our news station, the teacher said, “If I were a cop and you were all black, I would shoot you.”

A controversial statement made by a teacher at #Pardeeville High School has parents and students concerned. A private investigation is being launched this week to figure out the intentions behind the comment made. Find out what was said and what’s next tonight at 6 #OnlyOnNews3 pic.twitter.com/WzIZtAYAU7

Pardeeville Schools Superintendent Gus Knitt said while he can’t confirm that is what she said verbatim, he did confirm she said something to that effect.

“We found out this comment was made in relation to a book that was being read that talks about that issue in certain parts of the country,” Knitt said. “We look at that and say, ‘OK, it was a horrible analogy.'” 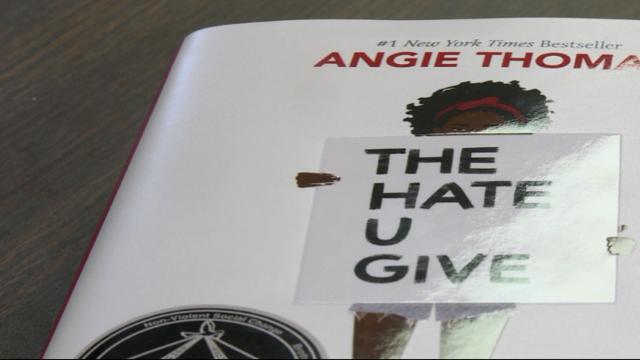 According to the anonymous letter and the superintendent, a student was misbehaving in some fashion and the teacher had been reading passages out of a book called “The Hate You Give.” The teacher was supposedly trying to make a comparison of the type of punishment the student might receive if they had been acting out in the context of the book.

“The teacher was disciplined for the incident. The teacher was required to apologize to the classroom,” Knitt said. “I believe it was an absolutely horrible stereotype of law enforcement.”

Pardeeville school administrative staff were notified Nov. 5 of the comments made. The teacher apologized on Nov. 7. When the teacher was made aware of parents’ concerns and spoke with the superintendent about what happened, Knitt said, “There’s not a denial. Her thing was the interpretation was taken out of context on what was going on the whole class period.”

The question many parents are asking is why passages from this book were being read to begin with, when the book isn’t part of the curriculum.

“She understands the concern people had but she explained that wasn’t her intention,” Knitt said.

A private investigator is coming to the school on Wednesday to interview students who were in the classroom when the comment was made. Knitt said parents are also invited to speak to the investigator. He added further disciplinary action will be taken as needed based on the findings of the investigation.