Roach: Why my dog is on Prozac

That very concept is enough to depress you 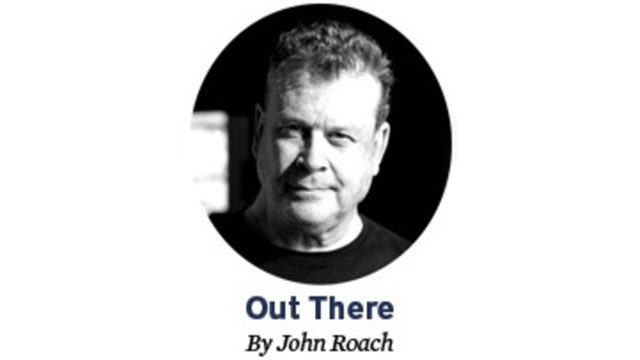 Our dog is on Prozac for Christmas.

You read it right. Our family pet, Philip Seymour Dog, is on antidepressants.

For the holidays. And beyond.

That very concept is enough to depress you. After all, what kind of society are we when even our dogs are on some sort of medication in order to make life livable? Not to mention the fact that he is a canine and something inside us says, “Wait a minute. He’s a dog. I’m the one who is supposed to be depressed and anxious! He should be happy! For God’s sake, he’s a DOG!”

Before we condemn Phil’s owner, which would be me, let’s address the issue of whether Phil could be depressed and anxious.

We now know that Phil is a true mutt–part collie, shepherd and flat-haired retriever, and carries the genes of two ancient breeds, mastiff and pharaoh dog. We know this because we gave Phil a DNA test.

At this point I know what you might be saying: “What. What? You gave your dog a DNA test? And he’s on antidepressants?” Yes, we did and he is. This is all the more strange because no one else in our family has had their DNA tested. And lest you think we are completely nuts, we got the DNA test for free. Also, people were always admiring Phil, as he is a handsome dog, and they kept asking about his parentage, to which we had no answer. So we thought, “What the hell.”

At any rate, let’s get back to why Phil Seymour Dog is on Prozac for Christmas.
As has been described in this column another time, Phil was born in Chicago. His owners beat him. Then, though he was still a puppy, they just let him loose on the mean streets of Hog Butcher Town, a.k.a. Chicago.

Phil, weak from starvation, was eventually taken to a rescue center where he lived in a small cage with an entire smelly room of other unwanted dogs. He was adopted several times, only to have the owners bring him back to the rescue pound.
He was due to be euthanized.

Then one day, in a moment that changed Phil’s life forever, two Madison girls working in Chicago decided to get the dog they never had. So they adopted Phil. They gave him love, attention and food he had always needed. (They also happened to name him after a favorite actor who also struggled with depression and committed suicide. So there’s that.)

Phil was still wildly anxious and too much to handle. The girls, my daughters, were beside themselves at the notion of having to take Phil back to the rescue center, so I offered to keep him in Madison and be his owner, which alone is enough to warrant antidepressants.

So back to the original question, “Why is your dog on Prozac for Christmas?”

Simple. After being beaten, abandoned and moved from one foster home to the next, wouldn’t you be a nervous wreck? Yes, you would. And so was Phil.

So one exasperated day after dealing with more of Phil’s madness, I asked the vet, “Do they put dogs on Prozac?” To which she responded, “Yes, and this might be good for Phil.”

And it has been. Phil is now a happier, more relaxed dog. He doesn’t rip up the car. He sits at my feet. And rather than be a furious, anxious ball of fur and teeth, he will be a dog that curls up in front of the fireplace when the kids come home for Christmas.

So what is the lesson? Well, that as weird as it is to have a Prozac Dog, it’s a good thing.

Why not be a happy dog?

Plus, it’s the holidays.

Everyone should be on Prozac.