MADISON, Wis. — Officials are looking to identify a man from a surveillance image released Friday in connection with a death investigation in Dane County this week.

The Dane County Sheriff’s Office said in a news release Friday at 5 p.m. that it is looking for anyone who may have seen a man riding a bicycle from the East Towne Mall area in Madison toward the truck stop near Interstate 90-94 on Highway 51 in the town of Burke between 8:30 p.m. Wednesday and 5:30 a.m. Thursday.

A 36-year-old man was found at 5:35 a.m. Wednesday lying next to a sleeping bag in the parking lot of the Pine Cone truck stop on Highway 51 in the town of Burke. The man was taken to UW Health East Clinic and pronounced dead. Drug paraphernalia was found at the scene, and investigators did not see obvious signs of injury to the man. 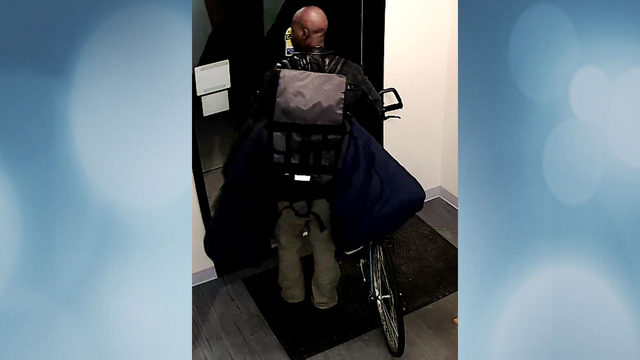 The sheriff’s office Friday released an image of a man standing in a doorway next to a bicycle. The image doesn’t show the man’s face.

Police described him as black, 6 feet tall, weighing 175 pounds with a shaved head. He was wearing a black leather jacket, khaki pants and black athletic shoes. He was carrying a gray and black backpack and a dark blue sleeping bag. He was riding a teal bicycle.