The Langlade County Sheriff’s Office said two city police squads and one county sheriff’s squad vehicle were damaged after a tree was blown over in the high winds. No one was injured.

The sheriff’s office said a few deputies had walked through the area on their way out shortly before the tree toppled.

Photos posted around 7 a.m. by the sheriff’s office on Facebook showed large trees still on top of the vehicles. The rear of an Antigo police SUV was crushed. Photos show the upturned dirt base of the tree with some roots showing. The front hood of a silver law enforcement car was also impacted. The lightbar and windshield of the SUV were also shown broken. 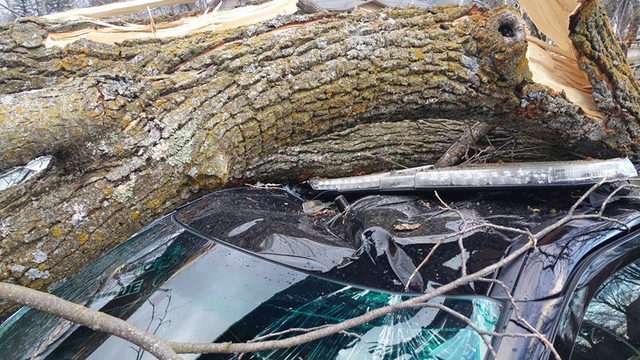 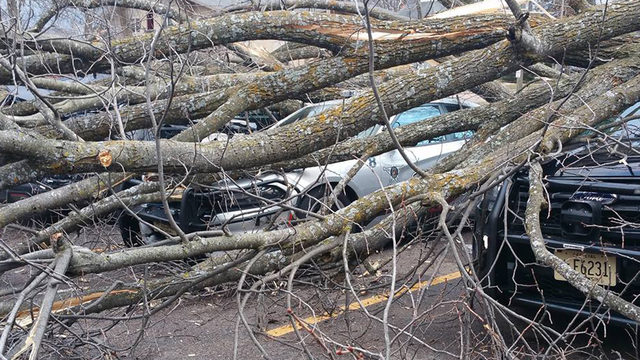 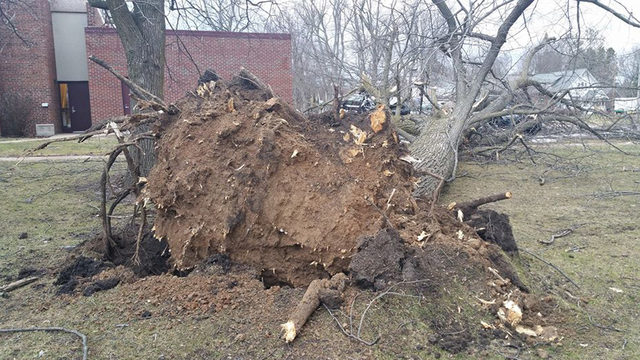 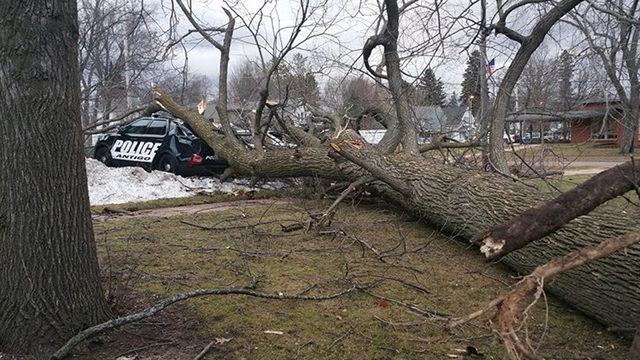 Cat loses ears, gets set of crocheted ears as replacement

Did city of Janesville's decision to remove street lights from intersection lead to spike in crashes?