No one injured in Williamson Street rollover crash

MADISON, Wis. — A driver was uninjured after rolling his car on Williamson Street during the evening rush hour on Friday, a Madison Police Department official said.

Fire department spokesperson Cynthia Schuster said in a news release that crews were called to the 1100 block of Williamson Street — one block from the fire station– around 5:05 p.m. on a report of a rollover crash. Crews found a black SUV on its roof and the driver outside of the vehicle.

Witnesses told officials at the scene that the SUV had been swerving for a couple blocks before hitting a parked car, the release said. The driver told responders he was traveling at about 20 mph at the time of the crash, Schuster said.

Paramedics evaluated the driver, who told them he was uninjured and did not want to be taken to the hospital, the release said. 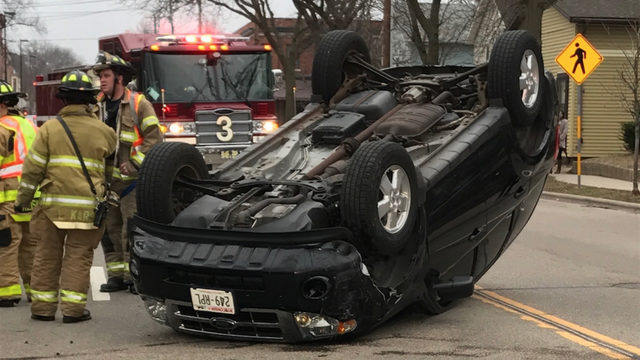 Correction: An earlier version of this story reported based on information from the Madison Police Department that the driver of the flipped vehicle was arrested and charged with first-offense OWI. Madison Police later said that information was in relation to another crash that occurred in Madison early Saturday morning, and the story has been updated accordingly.