MADISON, Wis. -- A state law enforcement agent pleaded not guilty Tuesday in a case that has brought Wisconsin's deadly force rules into the spotlight.

According to court documents, Wagner fired twice at Wilson during the stop; Wagner's attorneys later argued in court he did so because Wagner believed Wilson was shooting at him.

Wilson, however, was not armed during the incident, according to an investigation conducted by the Dane County Sheriff's Office.

RELATED: ‘We train officers to use force’: Rules of deadly force in spotlight as case against Wis. DCI agent moves forward

Wagner's attorneys had previously requested the Dane County District Attorney's office be recused from prosecuting the case, but that request -- as well as one to dismiss the case entirely -- were both denied.

Wagner is scheduled to appear in court in late March for a status conference. 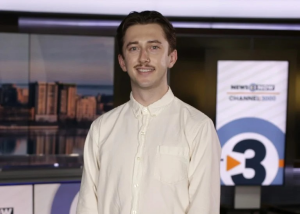 Logan Rude is the assignment editor and a digital producer for WISC-TV News 3 Now and Channel3000.com. He can be contacted at lrude@wisctv.com. If you have a tip or news story you would like to see covered, e-mail it to tips@channel3000.com.