The poll, conducted a week after the midterm elections, shows both politicians tied with 42% support, while 11% would vote for someone else in the head-to-head matchup. The sample had a 4-point margin of error.

This is the fourth national poll that Marquette has conducted since January this year, and it shows a steady improvement for DeSantis over the incumbent Democratic president.

The Florida governor fares better than former President Donald Trump in that matchup. Over the past year, Trump has consistently trailed Biden — losing 44%-34% in the latest poll. Between those two 2020 candidates, 19% of registered voters would support someone else.

This comes after Trump announced in mid-November that he would seek another term in office in 2024, which landed right at the start of the polling window.

“This shows that Biden continues to hold a bit of an electoral advantage over Trump even though DeSantis as an alternative now polls evenly with Biden,” Marquette poll director Charles Franklin said. “That’s relevant for the question of electability, which primary electorates will have to consider.”

The poll also looked at some of the key issues Americans would want to see tackled in the new Congress — which is also now marked by a divided government as Republicans took control of the House during the midterms.

The top issues for Republicans were increasing efforts to “stop illegal immigration” at the southern border as well as increasing American oil and gas production.

After prescription drug cost, Democrats most wanted to see action on voting rights laws and funding for renewable energy. 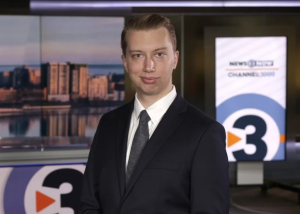 Will Kenneally is the political reporter for WISC-TV News 3 Now and Channel3000.com. You can contact him at wkenneally@wisctv.com.