MADISON, Wis. — Each year, the Human Rights Campaign issues scorecards to cities on how inclusive they are to the LGBTQ+ community. Madison passed with flying colors.

“I think that Madison has a long history of working to be inclusive specifically of the LGBTQ community, so I would agree in the categories that they scored,” said Steve Starkey, the executive director for OutReach, a Madison-based LGBTQ+ advocacy organization.

Madison and Milwaukee scored perfect, as did Racine for the first time ever.

Other regional cities that were ranked include:

Madison met inclusiveness thresholds in all criteria, but Starkey pointed out that there is still work to be done.

“So I think it kind of depends on who you are and probably depends on what zip code you’re in, for white people that are middle class, probably it’s a score of one hundred, if you’re a person of color or disabled or transgender, probably not so much,” Starkey said.

The report did find there’s room for improvement, specifically when it comes to homelessness and the transgender community, both of which were identified as problems in the report.

That’s left homeless transgender people without a place to sleep, and often without the resources to get on their feet. Madison has, though, made these top priorities, recently using a HUD grant to fund groups like Outreach to lead the charge.

All told, though, Madison’s scores are off the charts. Starkey said robust change must come from the state and federal levels.

“The laws protecting LGBTQ people really, really vary from city to city and county to county, and state to state, so it makes it really difficult for LGBTQ people to feel safe,” Starkey says. 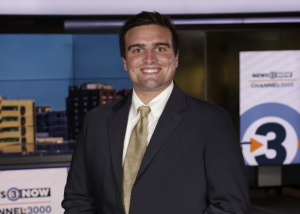 Andrew Bandstra is a general assignment reporter for WISC-TV News 3 Now and Channel3000.com. He can be contacted at abandstra@wisctv.com.