MADISON, Wis. — Madison police have identified the suspect in a State Street shooting that sent another man to a hospital Tuesday afternoon.

Police Chief Shon Barnes said 40-year-old Lamar Jefferson, who has ties to the Milwaukee area, is believed to be “armed and dangerous.”

Barnes asked that anyone who sees Jefferson call the police department immediately.

While authorities don’t know where Jefferson was last seen, Barnes said he’s “very confident that we’ll have him in custody soon.”

The victim, who police described as a 29-year-old male, suffered multiple gunshot wounds and was recovering from surgery as of Wednesday afternoon.

Police said they found him alert and conscious shortly after the shooting. Barnes said his officers’ fast response played a big role in getting the victim early treatment.

Wisconsin court records for a 40-year-old Lamar Jefferson show a lengthy rap sheet, including convictions for felony battery, battery to an emergency rescue worker, and felony possession of a firearm.

His criminal record in Milwaukee County dates back to 2002, and he’s most recently cited in Dane County for disorderly conduct from two days ago.

As a precaution, Barnes said MPD is increasing patrols in the area now and into the near future. He added that officers spent much of Wednesday talking with local business owners to reassure them the area is safe, especially amid the holiday season.

“We know that many of you may feel uneasy after last night’s events and we want to reassure the public that we’re doing everything possible to keep Madison safe,” he said.

While pointing to statistics shared by Barnes, Kenney encouraged the public to keep visiting the area, which she said has only become safer over the years.

READ MORE: Workers near site of State Street shooting describe the frightening event: ‘Stuff like this kind of pushes people away’

According to MPD’s data, crime in the State Street area has been trending down for several years. That includes burglaries, shootings and drug offenses. According to Barnes, numbers for 2022 are “well below” what the department saw in 2016 and 2019.

Barnes also noted that Tuesday’s shooting was the first weapons offense in the area for all of 2022; 2021 saw a total of 11 weapons-related incidents in the same area.

“We invite you to come here,” Kenney said. “Do not let one scary incident take your downtown away from you.”

Tuesday’s shooting in downtown Madison marks the second in which a suspect is still on the loose. Police are still searching for the suspect in a deadly shooting last week on East Lakeside Street near John Nolen Drive.

Police said Wednesday they hope to arrest the man suspected in the State Street shooting shortly but didn’t provide an update on the Lakeside Street crime.

Overall, the Madison Police Department in recent years has maintained a 60% or close to 60% clearance rate for violent crime in the city, according to its annual reports.

Overall, that’s slightly higher than the late 2000s and early 2010s, when MPD’s violent crime clearance rate ranged from 38% to a high of 59%, with most years hovering closer to 50%.

Despite having not released a description of the suspect at the time, the Kohl Center was put on a temporary shelter-in-place order Tuesday night after someone reported seeing the suspect in the 500 block of State Street.

Authorities said they enacted the order to avoid flooding the downtown area with people following the Badgers game against Wake Forest.

Police later determined the sighting was false and subsequently lifted the shelter order. 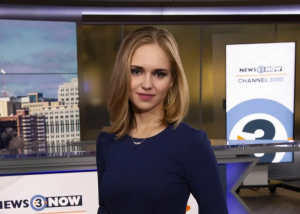 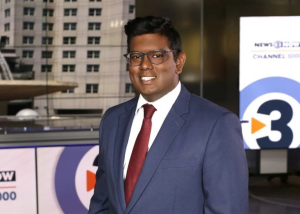 Arman Rahman is a general assignment reporter for WISC-TV News 3 Now and Channel3000.com. He can be contacted at arahman@wisctv.com.