MPD: 20-year-old with gunshot wound arrives at hospital after reported gunfire on west side

MADISON, Wis. — A 20-year-old was injured and drove himself to a hospital Wednesday morning after a shooting on Madison’s far west side, police said.

Dane County dispatch said calls came in at about 11:30 a.m. reporting gunfire heard in the 7000 block of Flower Lane.

Madison police said at least one witness saw a person in the area on foot firing multiple rounds at a passing car.

The gunman fled on foot, and is believed to have gotten into a car, according to the report. Shortly after the gunfire, a person with a possible gunshot wound or wounds arrived at the hospital.

Police said the 20-year-old wounded Fitchburg man, who drove himself to the hospital, has been involved in at least one prior gun violence incident this year.

Police said it appeared to have been a targeted act of gun violence. Officials said investigators found 12 shell casings in the area.

“We are doing everything we can to reduce the number of guns on the street and take those people who are shooting at each other into custody. But obviously, there are some people that are still out there and creating problems for the community,” Joel DeSpain, Madison Police information officer,

The area where the reported shooting was heard is less than one-third of a mile north of James Madison Memorial High School and Thomas Jefferson Middle School.

“A lot of different people could have been impacted or struck by bullets had they been right in this area. Fortunately, we have only one victim and we do believe that he was the intended target of the shooting,” DeSpain said.

Madison Metropolitan School District officials said students at Jefferson Middle School had an early release day and were held back about five minutes after the bell rang until police gave an all-clear, but other than that the school day was proceeding as normal. Both schools decided to not have outdoor activities as a precaution.

Police said during a news conference Wednesday afternoon that there was no description of the shooter. 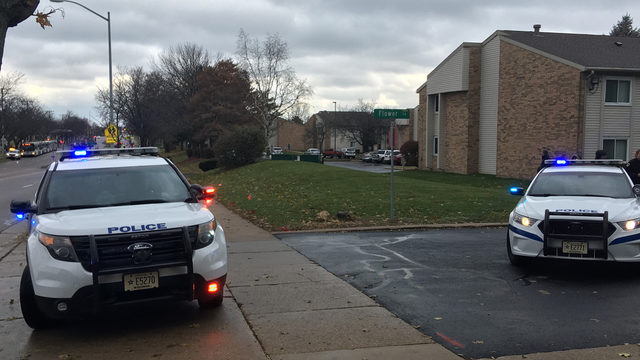 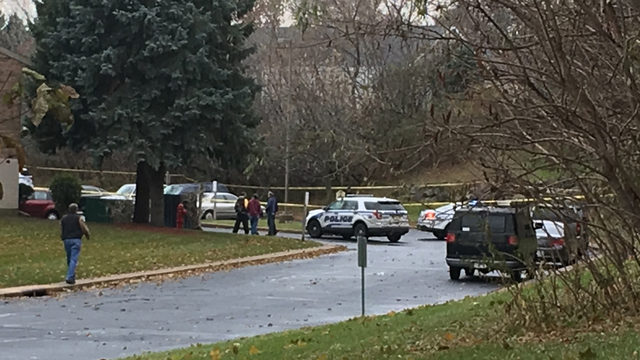