MADISON, Wis. — Madison police say more than a dozen gun shots were fired at a home on the city’s south side overnight.

Officers were called to the 2300 block of Allied Drive just before 11:30 p.m. Tuesday after several people called 911 to report the gunshots.

Officers found 13 bullet casings from at least two different caliber guns in a nearby terrace area and back patio of a home. Police say approximately 10 of those bullets hit the home or broke through windows, spraying glass. 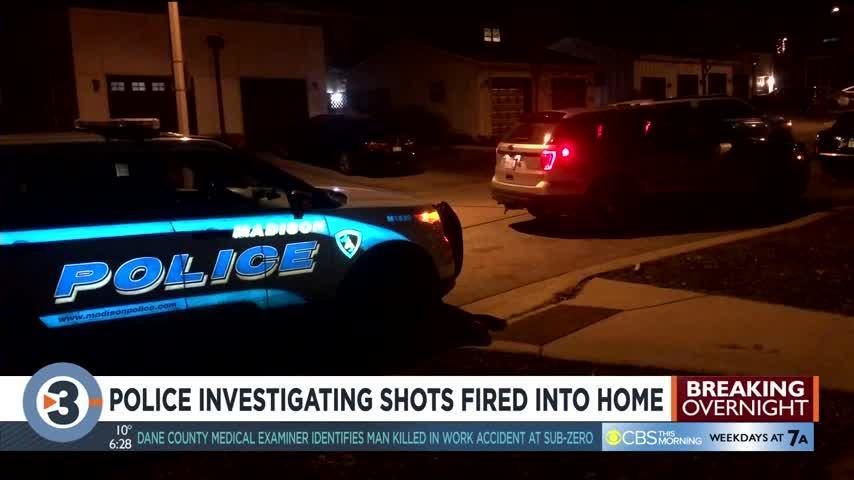 A 42-year-old woman was hurt by the flying glass, but police say nobody was shot. A 22-year-old man and a 9-year-old boy were also in the home at the time of the shooting. Most of the people in the home were asleep when the gun shots started.

Police say the suspects are still at large, and there is no information about them at this time.

Anyone with information should call Madison Police or the Madison Area Crime Stoppers at 608-266-6014.