Milton Middle School remembers classmate who passed away from cancer

MILTON, Wis. — As a close-knit community, Milton Middle School students wanted to do something special to honor a classmate who brought so much joy to their lives.

Austin Martin was a seventh-grader at MMS and had attended school in the district since kindergarten. He passed away April 16 after a 3 1/2 year battle with cancer.

“He meant so much to our school. So many kids loved being around him,” eighth-grader and Student Council President Logan Knudsen said.

The loss was especially hard for some of Austin’s classmates who had grown up with him or gotten to know him through his participation in the school band and his love of sports.

“A lot of students haven’t had a loss like that of a close member, outside of a family member probably, and even that is very rare,” Principal Laura Jennaro said. “I think we really came together as a community — parents, teachers, the students — and just really embraced one another and kind of held and stood strong for one another so we could get through this tough time.”

Some things his classmates and teachers will always remember about Austin were his bright smile and positive attitude.

“Everybody loved Austin,” Associate Principal Matt Biederwolf said. “He always had a smile on his face, no matter what the struggles were that he was going through. He brought so much joy to so many people and that’s the Austin that we’re all going to remember.”

As a way to honor and celebrate Austin’s life, the Student Council came up with the idea to use the money from their school dance Friday night in memory of him.

“They just really wanted to make an impact and share and do something because they felt like the dance could be more than just a dance,” Jennaro said. 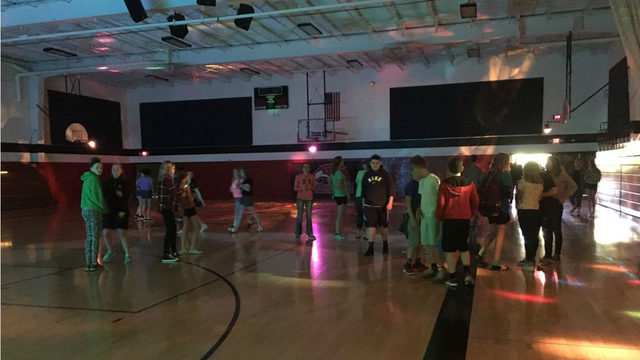 The money from the entry fee and concession sales at the dance will be used to honor Austin. The Student Council will meet with Austin’s family to decide what to do with the money.

“I think Austin would just have a smile like always if he saw this because it’s just a really great thing that so many kids came together to come up with something like that,” Logan said.