MADISON, Wis. — The man who was barricaded in his home after threatening his neighbor with a gun walked out of the house voluntarily around 9:45 p.m. Thursday at 126 S. Marquette Street, according to the Madison Police Department.

Christopher L. Hayden, 38, voluntarily came outside after a seven-hour standoff with police and is now in custody. He was transferred to the veterans hospital for evaluation.

Police say they delivered a cellphone and cigarettes to the man, and were able to communicate with the phone.

Suspect has surrendered and is in custody. #news3 pic.twitter.com/sUlet7wQ6F

A family member and a friend made comments over the loudspeaker to try and coax Hayden to come out. Police credit crisis negotiators for convincing Hayden to surrender, despite him initially not wanting to cooperate with officials.

Police said that Hayden was going through personal issues, which could have been a factor. Officials say he was agitated and yelled out the window to them in a threatening manner.

A neighbor went to return a lost dog to Hayden, and when he knocked on the door Hayden threatened him at about 2:50 p.m. Police say the suspect and the neighbor knew each other.

David Shults, a man who lives in the neighborhood, said his parents heard part of the argument before the police arrived.

“They said they heard an argument, shouting, a fight of some kind outside, and the police showed up and this developed,” Shults said.

MPD: man threatened neighbor with gun. Suspect is baricaded in his home. Police are trying to make contact with him. #news3 pic.twitter.com/MyWzYkESY5 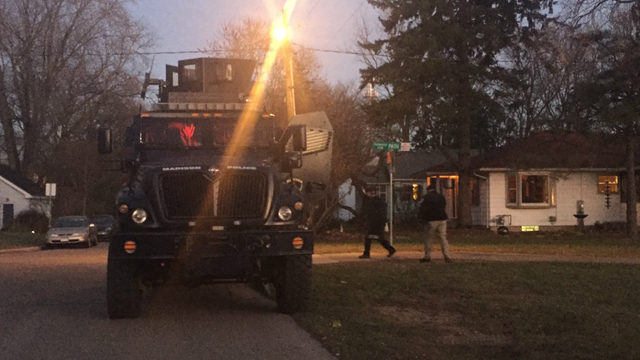 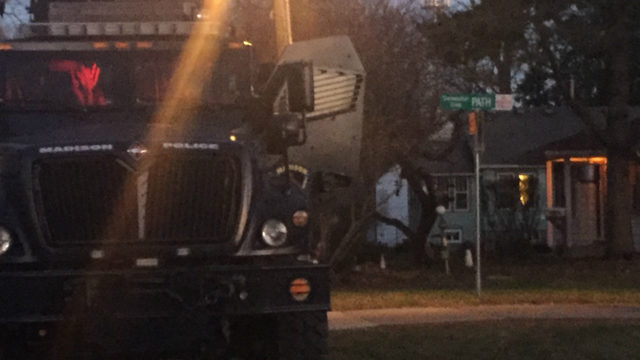