WHITEWATER, Wis. — A man who barricaded himself inside a family member’s home in Whitewater causing a police standoff has been taken into custody, Whitewater police said.

The Whitewater Police Department said officers responded at 1:50 p.m. to a report of a person who had a weapon in his waistband. The man, later identified as Daniel S. Erdman, was inside a residence on Walworth Avenue and South Elizabeth Street and refused to come out.

Police said Erdman was taken into custody without incident around 7 p.m. The Walworth County District Attorney’s Office will consider charges against him.

Whitewater schools were locked down Friday afternoon, according to a message on the district’s website.

The district said the incident is not related to the ongoing manhunt in the area for Joseph Jakubowski.

Faculty, staff and students will be able to return to district schools to collect belongings and vehicles, police said. 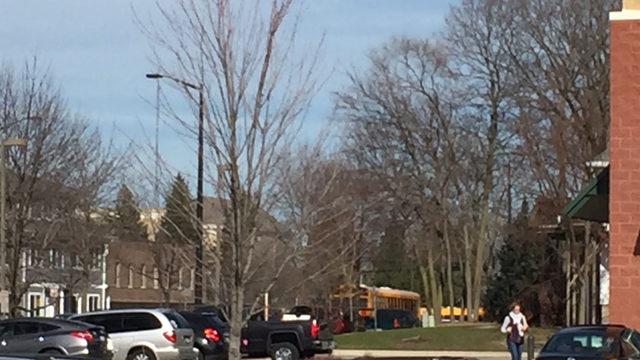 High school, middle school and Lincoln Elementary School students will be released to parents at the site after checking out with a district employee. The school will bus students who need a ride home, Elworthy said.

Parents of Lakeview and Washington elementary students can pick their children up at the schools. Bus transportation will be provided, but will delayed, Elworthy said.

Elworthy said police notified the school district at 1:55 p.m. of an upset parent who intended to visit the middle school, 401 S. Elizabeth St. Schools were locked down. At 2:45 p.m., the district was notified that police had made contact with the parent who was in close proximity to school property, and schools remained on a lockdown.