MADISON, Wis. — Multiple units from the Madison Fire Department responded to a large early-morning commercial fire on the city’s west side Wednesday.

The Madison Fire Department said it is investigating the cause of a fire at Cowboy Jack’s on John Q. Hammons Drive that was reported at about 3:30 a.m. Fire officials said they estimate the building is a total loss.

The responders who were first to the scene saw “heavy fire and smoke coming from the building,” according to the report.

Fire officials said there was no automatic sprinkler system installed in the building at the time of the fire.

The fire department said Wednesday that there are no estimates on the amount of damage, and no information available yet regarding the cause of the fire.

The owners of the business were present at the scene Wednesday morning. 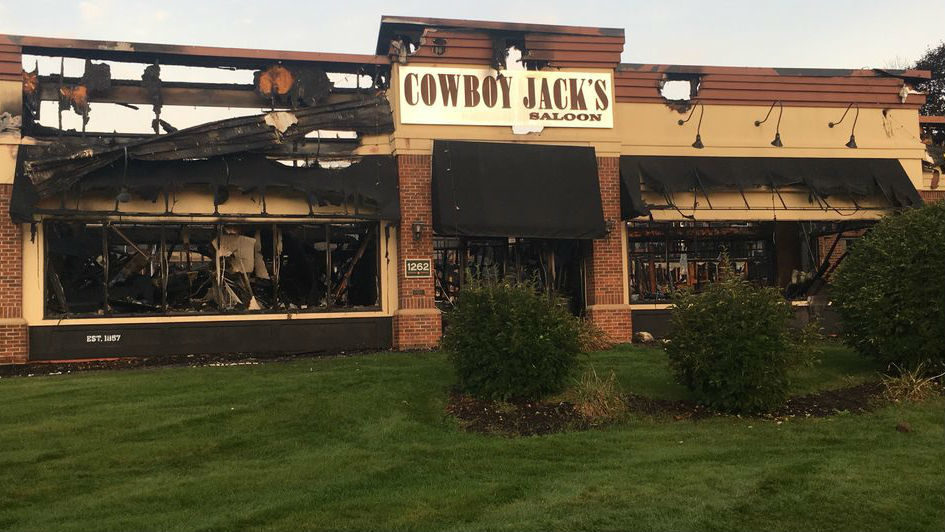