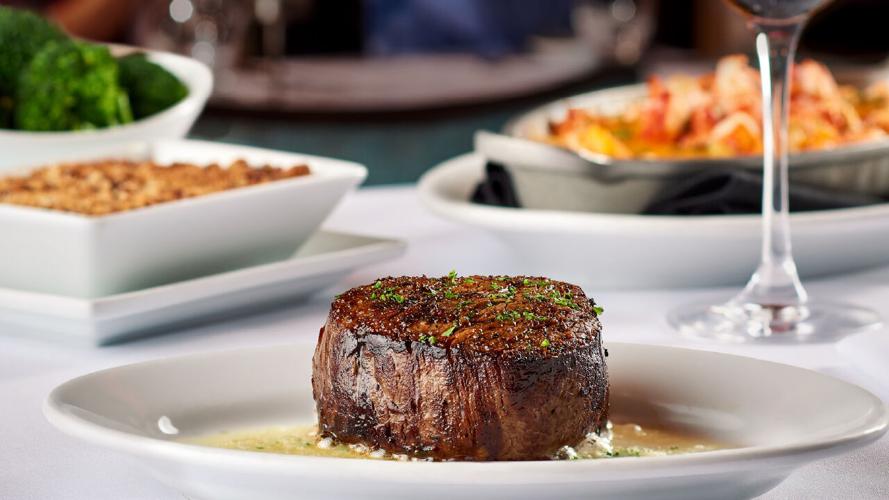 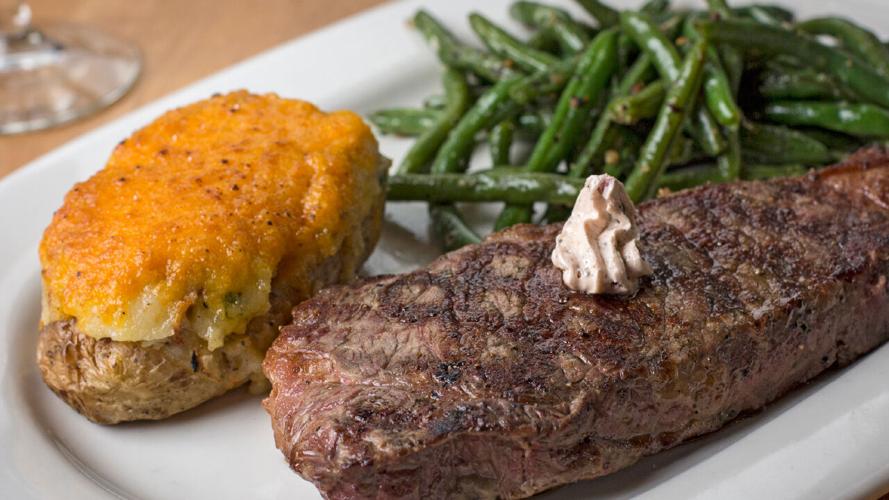 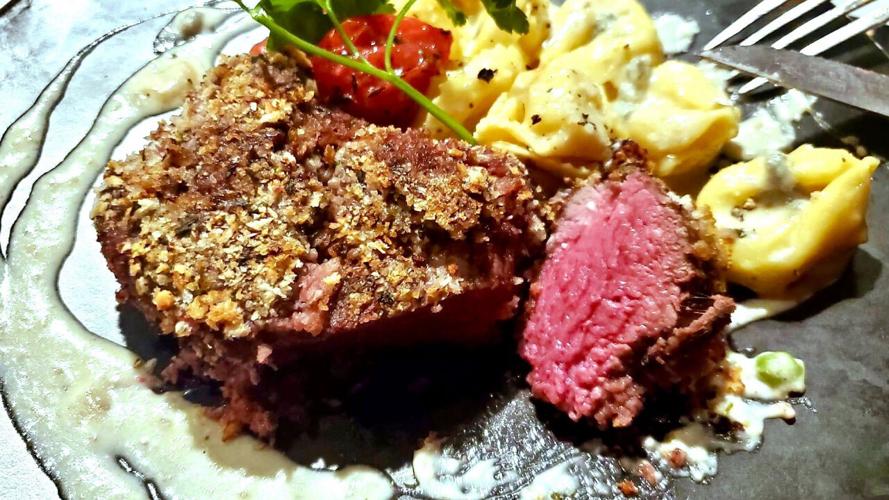 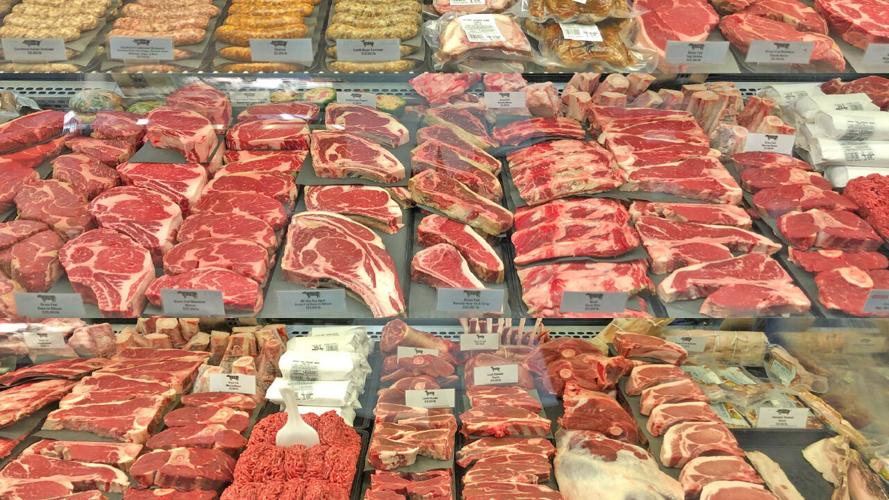 When Ruth Fertel’s newly opened restaurant was flooded by Hurricane Betsy, perseverance and empathy inspired her to serve the food in danger of spoiling to relief workers and storm victims. After opening her first restaurant in New Orleans in 1965, Fertel moved the store in 1976 and renamed it Ruth’s Chris Steak House. By the late ’90s, Ruth’s Chris had become a household name, and it currently boasts more than 150 locations around the world, including locally owned Ruth’s Chris in the Madison area.

For the past 15 years, Ruth’s Chris has been serving legendary steaks to the Madison-Middleton community. “As we’ve embraced the community, the community has embraced us,” says Lee Drapp, general manager at the Middleton location. “It’s just been a really great relationship with everybody, and that’s a great way to measure our success.”

Since its inception, Ruth’s Chris has used the same technique to cook its steaks across all its locations. Each cut of custom-aged USDA Prime beef is cooked in an 1,800-degree custom broiler and kept warm on a 500-degree plate topped with butter and fresh parsley. “With the touch of butter, it adds flavor, but it also helps to create a sizzle,” Drapp says.

Ruth’s Chris is also well known for its selection of seafood and specialty items. Indulge in sizzling crabcakes or garlic-roasted sea bass. For something lighter, opt for Ruth’s chopped salad or a shrimp cocktail. The steakhouse also offers a handful of menus for specialty diets, including gluten-friendly, keto and vegetarian.

Guests can drop in any day of the week for a warm, welcoming dining experience. On Sundays from 4 to 7, experience Sizzle, Swizzle, Swirl Happy Hour, which features a selection of full-size appetizers and specialty handcrafted cocktails.

The owner of Madison’s Bonfyre American Grille knows that even the most dedicated carnivores appreciate an arboreal intervention when preparing their steaks.

That’s why his restaurant uses a woodfire grill to prepare its selection of top-choice, hand-cut steaks, ribs and seafood. Cooked over burning hickory, oak or ash, everything prepared at Bonfyre American Grille is smoked to perfection.

“I really like it because it gives a little finish of flavor,” says restaurant owner Alfredo Teuschler. “It gives it a little bit of that smokiness that I enjoy.”

However, Teuschler also uses a rotating seasonal menu to ensure that his regulars never get bored.

“There will always be a chance that you might find a new favorite dish,” he says. The smoky smell of the woodfire grill gives the entire restaurant a pleasant, rustic ambiance, according to Teuschler.

“When you first come in, you can smell the smoke,” he says. “And then when the food arrives at your table, you can smell it again.” Though steaks are Teuschler’s bread and butter, he says his seafood selections are top-notch. His signature dish is a seafood trio featuring salmon, shrimp and scallops with a veggie risotto in lemon butter caper sauce. “Our ribs are pretty good, too, or at least that’s what I’ve been told,” he says.

While the heart of King Street’s D’Vino is nestled overseas in the southern isle of Italy, the local Sicilian wine and cicchetti bar sources many of its ingredients from businesses and farmers around town. Owners Dino Maniaci and Jason Hoke are regulars at the Dane County and Hilldale farmers’ markets, where they shop for their tomatoes, mushrooms, flatbreads, crisps and more, giving their dishes that Madison flair.

The secret to D’Vino’s Sicilian steak? Old family recipes and a knack for marrying a wide range of flavors. Emulating the steak prepared by Maniaci’s ‘nana’ in his youth, the breaded choice beef tenderloin is broiled to perfection, topped with a Gorgonzola cream sauce and served with sides of four-cheese tortellini and a panzanella bread salad.

“You get the juiciness of the steak, the kind of funkiness from the Gorgonzola cheese and then a sweet tomato with balsamic vinegar,” he explains. To complement this already eclectic palette, Maniaci recommends two red wines to bring out the best in the meat and cheese: the appassimento house wine and Napa Valley’s Alpha Omega cabernet.

For non-meat lovers, the options are far from limited. This season, D’Vino’s is keeping things fresh with mouthwatering offerings like the Mediterranean-style swordfish (served with capers, kalamata olives, fava beans, clams and a white wine butter sauce) and the grilled ahi tuna (served with a salad of green beans, tomatoes and orecchiette pasta).

As safety precautions continue to balance out, Maniaci hopes that D’Vino can bring its original vision of the communal Bacari experience to life, where families and friends share 10 to 15 small dishes paired with different wines, as you would at a traditional Venetian cicchetti bar. “It’s not just going out to dinner,” Maniaci muses. “It’s the total experience.”

Waking Up to Your Meat

Despite the many delectable delights Madison restaurants have to offer, fine dining isn’t the only way to get your hands on cutting-edge meat. Conscious Carnivore, Madison’s original whole-animal butcher shop, is devoted to making sure its clients are not only educated about the meat they’re buying, but are also confident in preparing and cooking it.

“What we found is that meat is scary for people,” business manager Bartlett Durand observes. “Instead of trying to hide the source of meat or make it as cheap as possible, we want to bring the story and connection to the farmer front and center and say, ‘It’s OK.’”

Voted Madison Magazine’s Best Butcher Shop every year since 2015, Conscious Carnivore prides itself on its ethical local sourcing and the kind of customer service you’d find in a small-town shop. Avoiding the impersonal monotony of a chain grocery, the Dane County enterprise offers minimally handled products and values interactive communication. Rather than sticking to the best-known cuts — chops, T-bones, rib-eyes — customers are getting more comfortable asking the butchers’ opinions about which cut would be best on a given day, says Durand. “Once they’ve been there a couple of times, conversations start, and lots of fun happens,” he says. “That’s where the shop’s tag line, ‘Know your farmer, LOVE your butcher!’ came from. Watching our customers appreciate the sourcing and really engage with our butchers, I realized it was the relationship with the butchers, the trust in the process and the mutual enjoyment of exploring dinner options that brought our customers back again and again.”

And the fun doesn’t stop there: Conscious Carnivore’s expert staff is happy to dispel any cooking misconceptions their customers might take to the grill. Durand’s favorite myth to bust relates to the American preference for a fast, high-heat method for cooking steaks. “It’s just the opposite. You want low and slow,” he explains. “And then you do a sear at the very, very end to crisp it up.”

This season, Conscious Carnivore is leaning into adventure by exploring the endless ways to prepare sausage. Customer favorites include Japanese gyoza sausage, several different kinds of chorizo and Hungarian sausage, an homage to the master butcher’s Hungarian heritage.

To learn more about the Conscious Carnivore’s selection of meats and its other grocery and seafood options, visit its shop at 3236 University Ave., call 608-709-1418 or go to conscious-carnivore.com.

There are two rounds of voting for Best of Madison 2023.