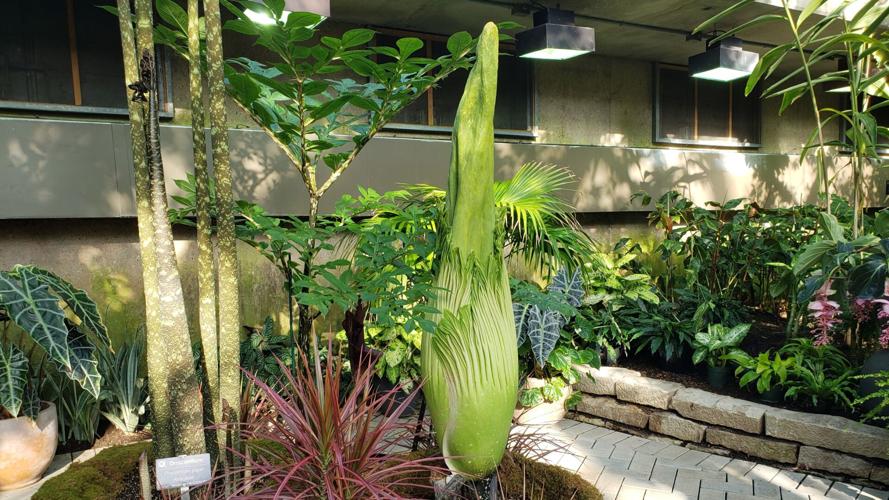 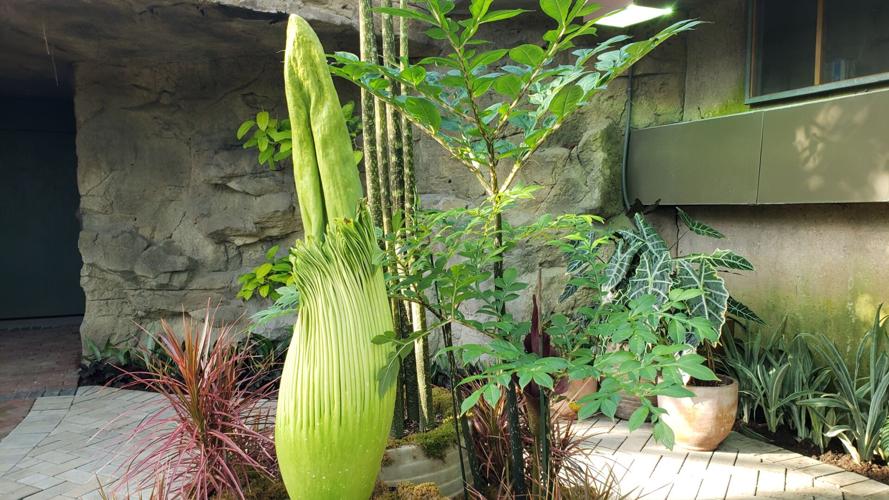 One of Olbrich Botanical Gardens’ corpse flowers is set to bloom again after nearly 12 years since it last bloomed in 2010.

Corpse flowers, or titan arum, are unique and rare as they bloom four to five times on average during a 40-year lifespan. The name “corpse” can be fitting as the bloom emits a smell akin to rotting flesh to attract natural pollinators like carrion beetles and flies, according to an Olbrich Botanical Gardens’ Facebook post. While there’s a long wait between blooms, the corpse flower’s bloom typically lasts just 24-48 hours.

Katy Nodolf, public relations and marketing manager for Olbrich, says this corpse flower is one of four in its collection. The plant that is set to bloom was donated by the University of Wisconsin–Madison’s D.C. Smith Greenhouse in 2006.

Nodolf says only the corpse flower knows when it’s going to bloom, but they are expecting it within the next week. “The last time one bloomed, it kept us guessing for a while though,” Nodolf says.

Titan arum in cultivation can reach six to eight feet before it blooms with a diameter of about three feet, Nodolf says. They can get even bigger in the wild — potentially reaching 12 feet.

The Olbrich team moved the corpse flower to the Bolz Conservatory so the public can look at the flower once it does bloom and also can be seen before it opens. Nodolf says as they do bloom so infrequently, the staff members know when it’s produced more than seven leaf cycles, a flower could be coming soon. They also monitor how the flower spike looks as it’s different from a leaf spike. Then the spathe also starts to loosen. Theres’s no exact science, but there are a few clues.

Nodolf says Olbrich will post on social media frequently in the coming days to update about when the corpse flower officially blooms.