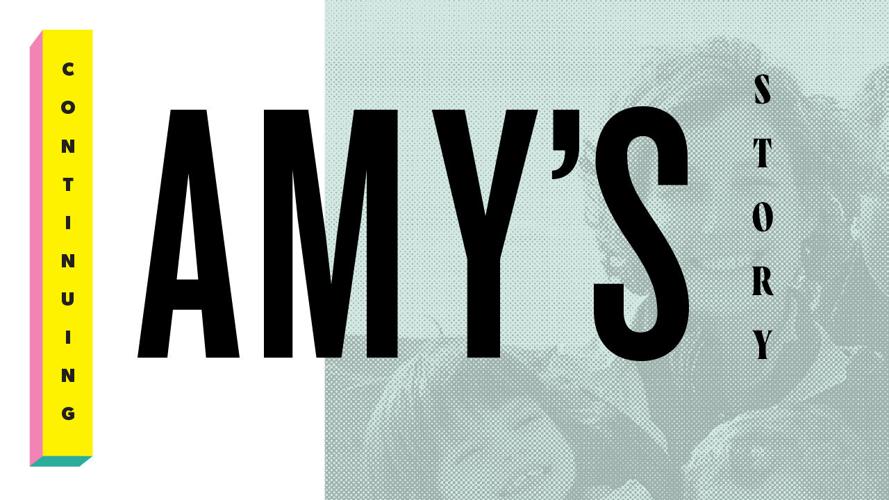 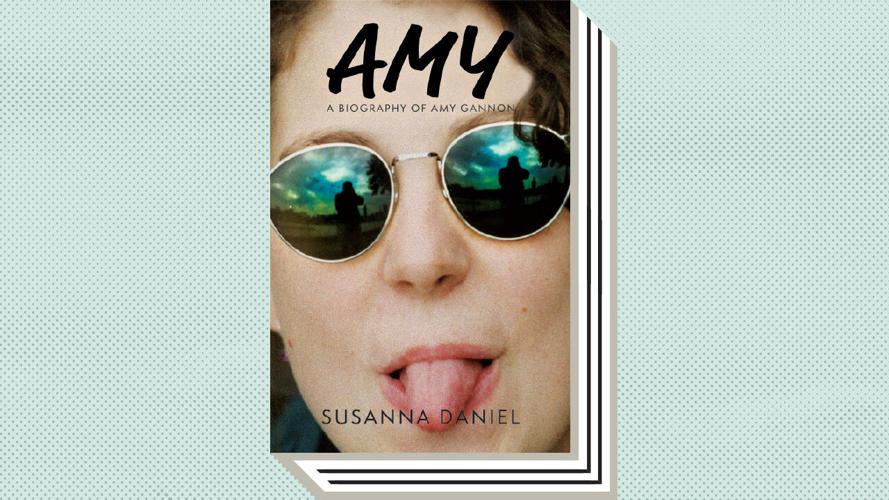 When we launched the inaugural Amy Awards last year in memory of Amy Gannon and 13-year-old daughter Jocelyn, we said we were taking a page from Amy’s book by lifting up women entrepreneurs, which is what Amy did as co-founder of the Madison-based nonprofit Doyenne. We partnered with Amy’s husband, Mike Gannon, to spotlight women who embody Amy’s work to transform the entrepreneurial scene.

Now there actually is a book — a retrospective biography that tells Amy’s story starting from her childhood. “I did it for Aaron,” says Mike Gannon about commissioning his late wife’s biography as a gift to their surviving 19-year-old son. It was meant to be a high school graduation present, but there was so much to Amy’s story that they’d only managed to finish the first chapter by then. Mike Gannon, who worked with author Susanna Daniel, had the help of some of Amy’s old diaries from her school days that he found in crates in the attic a few months after her death. The biography includes many details — gleaned from Amy’s journals and Daniel’s 40 to 50 interviews with people who were close to Amy — that paint a vivid picture of how Amy came to be the woman she was and how her passions developed.

But Amy’s story is still very much being written in terms of the legacy she’s left in Madison. For the second year of The Amy Awards, Madison Magazine asked for nominations of professional women with entrepreneurial pursuits. The five honorees selected represent the kind of efforts Amy would have championed and invested in. Each will receive a gift of $2,000 from Mike Gannon.

A Peek Into Her Life

Editor’s note: Mike Gannon wasn’t sure he would publicly share his late wife’s biography. It was originally intended to be just for his son, Aaron. Thirty-two chapters are written to him, in which award-winning novelist Susanna Daniel tells him stories about his mother’s challenging childhood, the friendships and relationships that defined her youth, and how she blossomed into a mother and a professional. Mike and Aaron Gannon agreed they should share the story with others. This is an edited excerpt from an early edition of “AMY: A Biography of Amy Gannon,” published by Little Creek Press and available for pre-order on littlecreekpress.com.

During her years in the Ph.D. program, Amy focused mostly on qualitative research, which means she interviewed entrepreneurs. It was a type of research, her colleagues told me, that suited her personality.

“With qualitative research, you get to talk to people firsthand about their journeys and experiences. Amy was a great interviewer. It’s not easy to talk about your struggles as a minority entrepreneur, but Amy got people to open up,” said Elana Feldman, who was three years behind Amy in the doctoral program.

Amy was a mentor to Elana. She showed her around when she arrived, and was warm, supportive and authentic.

“Once you got to know Amy, she could be really hilarious — she told jokes with a poker face and made me laugh and laugh,” said Elana.

Amy was stretched thin at that time, trying to finish her dissertation with two young kids at home — Mike and Amy hired a nanny for the first years, then you both went to day care — and there was a lot of pressure to land a top research job.

But Amy knew what she wanted: she was going to teach, not chase bylines.

“She was at peace with doing what made her and her family happy,” said Elana.

Jina Mao, who shared workspace with Elana and Amy, recalled how easy Amy made it seem to juggle the demands of an academic career with young children.

“She had a very strong inner voice,” said Jina. “She listened to her heart.”

Jina credits Amy for being the first person to make her feel confident about what she offered in the program. The two were walking together one day, and Amy stopped and gave Jina a compliment on her work.

“I was so moved,” said Jina, “because as early Ph.D. students, we were all insecure about our capabilities. There were so many smart people around us. But Amy calmed me down and made me feel like I had something to offer. When she sees you’re hurt or insecure, she’s the first person to take care of you.”

Both women talked about Amy’s quick mind and high energy when it came to good ideas.

“She made brainstorming fun,” said Elana.

Doyenne, which at this point was still a decade in the future, was the natural result of the passionate research Amy pursued while earning her Ph.D. She left academia, but she returned to the work with minority entrepreneurs that had fueled her dissertation years earlier.

“She didn’t take the typical academic path that BU wanted students to take. She had clear goals and studied the people and ideas she wanted to study,” said Elana.

Women in academia, especially mothers, sometimes choose to keep their work and home lives separate — but that wasn’t Amy’s style. She talked constantly about her kids, and her colleagues felt they knew you and Jocelyn even though they didn’t meet you in person. Amy talked a lot about climbing into your bed in the mornings and talking with you and realizing that you were dealing with things she couldn’t make go away, like problems with friends and school.

“She loved being with her kids and hated rushing out the door,” said Elana. “It was clear from her actions how she prioritized her kids, even though she was also really passionate about her work.”

The desire to be two places at once might have something to do with the many parking tickets she racked up around BU during these years. Amy was notorious for always running late — almost everyone I talked to mentioned this — and equally admired for never letting time constraints rule her life.

“She didn’t worry about being late,” said Jessie. “She didn’t get stressed about it.”

Years later, one of her Edgewood students and friends, Annette Miller, echoed this observation.

“She was not a time-centered person. A conversation continued as long as it needed to. Life was about connecting for Amy,” she said.

In December 2010, Amy successfully defended her dissertation to a packed room of friends and colleagues, which was fairly uncommon.

“The large audience was a reflection of the community Amy built,” said Elana.

After Amy finished her Ph.D. and moved to Madison, she took the lead in keeping up with her former cohort via Skype. Shortly after the move, she took a side trip to Finland while the family was traveling in Europe, to help present a paper. Elana met her there. Amy was a great travel companion, easygoing and always smiling.

“She had the ability to be in the moment and enjoy life,” said Elana. “We went to this big party and were talking to people we just met, and I remember Amy was so comfortable just talking to anyone — strangers from all around Europe. Walking home at midnight, the sun was bright and weird, and we were so happy to be part of this big academic nerd party. I’ll always remember that.”

Amy’s eventual decision to leave academia couldn’t have been an easy one. She was a gifted researcher by all accounts, heavily invested and observant, with an eye for details and context. And to Amy, the work was personal as well as professional.

Deb recalls Amy telling her about being at the park during the day with the kids and other young moms — and realizing that none of the other moms knew she was a Ph.D. student.

“She described this kind of transition where if you’re a mom with two kids and you’re facing that decision of whether to go back to work or put your career on hold — or have a third kid and stay home — her research dovetailed with all of it.”

Jessie was similarly struck by Amy’s dedication to her work.

“She was stubborn but not a pain in the neck,” she said. “You could not take advantage of her. She had such a solid head on her shoulders, and she was such a hard worker. She was wholly dedicated to social justice and getting marginalized people into business and entrepreneurship. She was determined to give them a voice.”

Like others, Jessie assumed this passion for social justice developed during Amy’s years working at the Rape Crisis Center in Atlanta, only a year or two out of college.

“To me, business school seemed like an odd choice for Amy — but then again, she was there to bridge the gap between those who had voices and those who did not. She wanted to help people, and she loved good ideas,” said Jessie.

There are two rounds of voting for Best of Madison 2023.