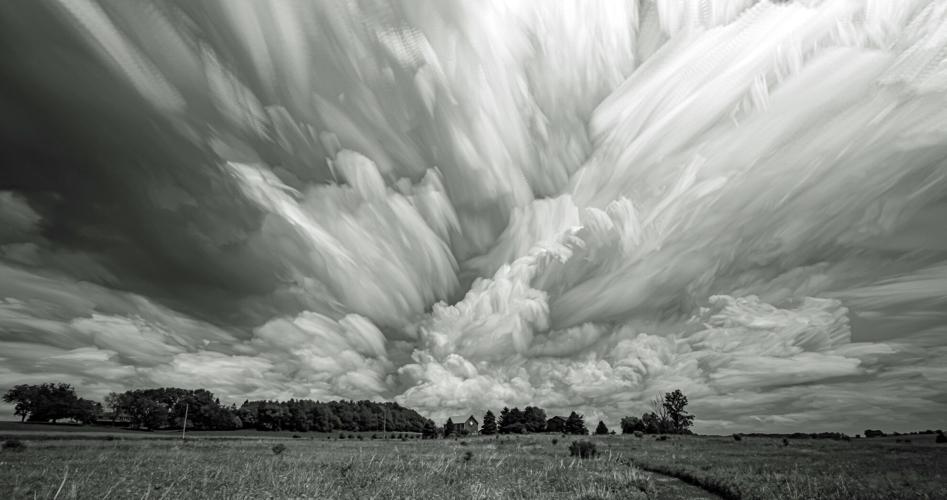 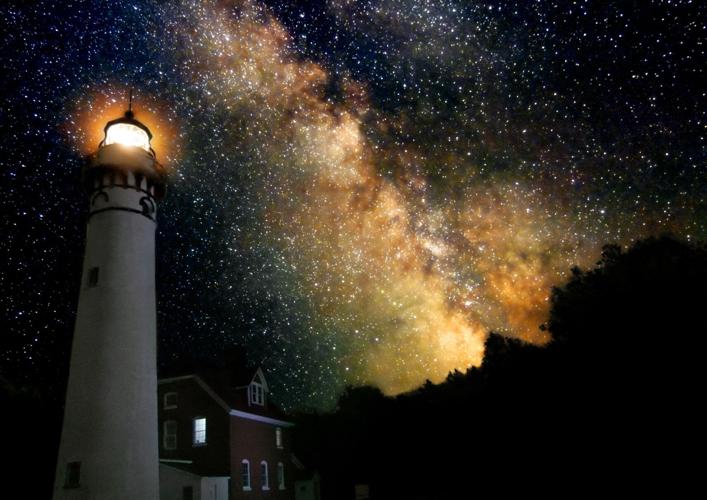 The Lights of Outer Island by Mark Weller.

Mark Weller was a telecommunications executive with an interest in photography and astronomy when this all started two decades ago.

Weller, of Waunakee, was aiming for the stars.

He got there, and along the way raised major money for the Apostle Islands National Lakeshore. Now, some 20 years later — and somewhat to his surprise — Weller is a professional, award-winning fine art photographer.

He’s lowered his aim — clouds, not stars, are a specialty — and raised his game.

It was around 2003 when Weller and a friend, John Rummel — who shared his photography/astronomy passion — began talking about trying to photograph the Milky Way, the galaxy that contains our solar system and billions of stars.

It’s not easy to photograph, in part because poor air quality and human-generated light can pollute the image.

Weller and Rummel eventually found their way to the northern Wisconsin property of their environmentalist friend Martin Hanson, who guided President John F. Kennedy around the Apostle Islands on a September 1963 visit. It took return trips over several summers, but in 2008, they finally achieved some good Milky Way photos.

Hanson died that October. To honor their friend, Weller and Rummel — in consultation with the U.S. National Park Service and accompanied by Weller’s son, Ian — went by boat the following summer to Outer Island, the most remote of the Apostles. The idea was to capture the Milky Way and the island’s iconic light station.

“We told the Park Service,” Weller said recently, “that if we could get a killer shot, we’d sell it and give the proceeds in Martin’s name to the Friends of the Apostle Islands National Lakeshore.”

They got their shot. It was a composite, utilizing for one image a slow-motion drive to counter the effects of Earth’s rotation — otherwise, the stars would have been streaks. A second image, without the slow-motion drive, captured the lighthouse in the foreground. The merged shots became a print, “The Lights of Outer Island,” that sold out its limited edition run of 100.

“The scope of this was one and done,” Weller says. But the Park Service reached back out, noting they had more than one lighthouse and that additional funds were always welcome.

“This launched an annual trip to the Apostle Islands,” Weller says, resulting in a series of prints that have raised more than $200,000 for the park.

“That was life-changing for me,” Weller says. “It opened my eyes to the power of art, both intellectually and economically.”

When Weller retired as CEO and president of telecommunications company Access Wisconsin in January 2020, he decided to turn his avocation into a business.

Weller calls his untraditional method “time-stacking.” It introduces a fourth dimension — time — into the height, width and depth usually associated with photography. He’ll take, say, 100 images of a landscape or skyscape, separated by some unit of time, perhaps 10 or 30 seconds. He’ll then compress and intermingle them to create a single frame.

The result, Weller says, can be “a very painterly like creation.”

One of his most acclaimed pieces, “Storm at Wilke Prairie Preserve,” was taken less than a mile from his Waunakee home. It tracks the clouds cascading over a rural landscape and was selected for an exhibit late last year at the Wausau Museum of Contemporary Art by guest curator Peter Trippi, editor in chief of Fine Art Connoisseur magazine.

Being exhibited is nothing new for Weller. His nascent career has taken flight (he was honored with an M List award for innovation in the arts by Madison Magazine in 2018). His work has been shown in 76 exhibitions across the country: 11 in art museums, 65 in galleries. Most have been juried. On a recent Sunday he was scheduled to be in Kenosha, giving the artist talk at a reception for a new exhibit of his work at the Anderson Arts Center.

He is both pleased and astonished at what has transpired since he set his sights on the Milky Way all those years ago, noting: “I never dreamt this is where it would take me.”