Surveillance video shows the suspect entering the store around 7:30 a.m., demanding money from the clerk, the clerk placing money into a plastic bag and the suspect leaving the store through the rear door, according to a report from the Lake Delton Police Department. 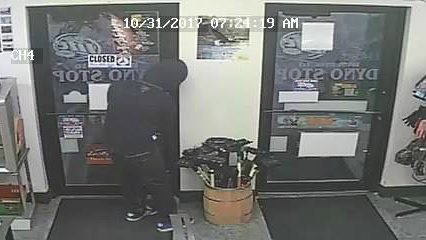 The robber is described as 5 feet 5 inches tall and with a slim build. The robber was wearing all dark-colored clothing, including a hooded sweatshirt, jeans, gloves and dark shoes with white vertical stripes, officials said.

The robber’s face was completely covered by the sweatshirt and a black cloth mask with a skull design on the front. The clerk believed the robber was male based on the tone of voice, according to police. 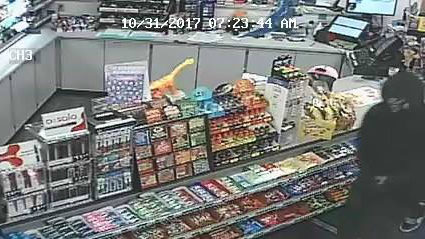