JANESVILLE, Wis. — Two Janesville Parks Division employees were filling in a new sidewalk at Traxler Park on Thursday after a lawsuit was filed claiming certain parks and parking lots in the city were in violation of the Americans with Disabilities Act.

The city received a lawsuit from Amy Bleile in March that said she couldn’t access certain facilities, programs and activities in her wheelchair.

“I’ve been disabled my whole life. I’ve been an advocate my entire life,” Bleile said.

She lives in Whitewater but said she often comes to Janesville and wanted to enjoy the city just like everyone else. 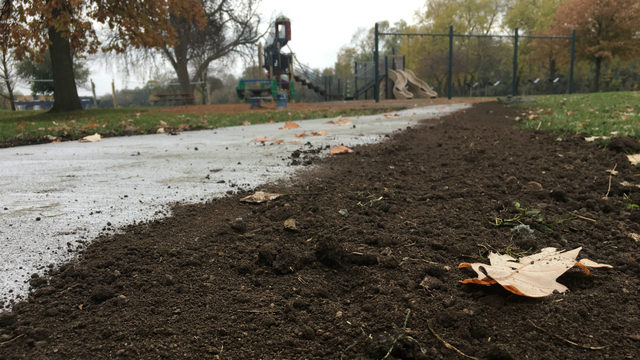 The Janesville City Council voted to settle the lawsuit for $16,500. According to the memorandum , the money will go toward attorney fees, costs of litigation and expert fees.

“I never get money. It’s not about that,” Bleile said. “It’s about education and helping them become more accessible so they can learn too.”

As part of the settlement, the city agreed to make changes at several parking lots and parks around the area. Specifically, the city will improve accessible parking and signage downtown and at Traxler and Rockport parks. The settlement also states the city will make alterations to a bathroom stall door at Traxler Park and add a travel path and accessible seating at picnic tables. At Rockport Pool, the city will adjust a faucet and mirror in the bathroom.

“I think it’s a great idea so everybody can access it if they’re handicapped or not,” said Kirk Anderson, a Janesville Parks Division employee who worked on the new path at Traxler Park, which connects the parking lot to the playground.

He and his partner poured the sidewalk Wednesday and added dirt to even out the surface and laid down grass seed on Thursday.

“This is a beautiful area in downtown Janesville,” he said. “So we’re just looking forward to having more people come to it.” 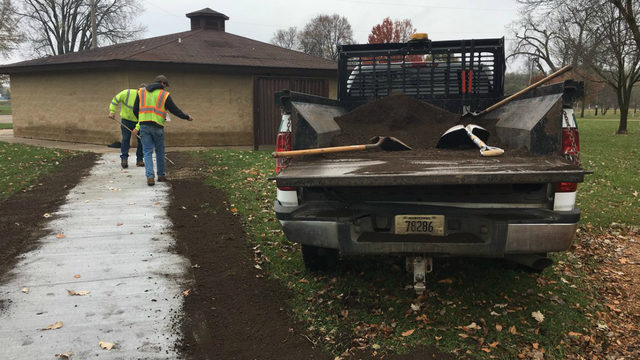 Anderson said crews plan to put a rock path between the two playgrounds at Traxler Park next year.

“I think it’s really important to be an advocate for all people,” Bleile said. “If you want to see a change in the world, you have to be part of the change.”