JANESVILLE, Wis. — The mascot for Lincoln Elementary School is a lion, but lately, it seems like a duck would be more appropriate.

Ms. Arnold’s fifth-grade class has been taking care of two different families of mallards in the school’s courtyard. The students first noticed they had fuzzy friends joining them at school when they were fourth-graders last year.

“I kind of thought, ‘What were we going to do with them?'” fifth-grader Paisley Prosser said. “Because you can’t go in the courtyard if there’s just random ducks all around.” 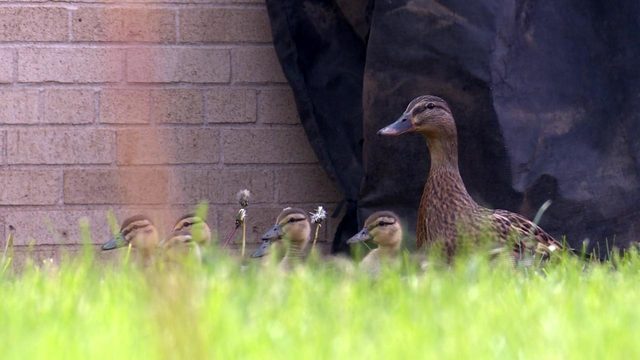 Unfortunately, those ducklings didn’t make it because they didn’t have enough food or water. So this year, the fifth-graders wanted to ensure the new ducklings would survive.

“We read a story named ‘Malala,’ and we read how she changed the world,” fifth-grader Junior Salmeron said. “So we wanted to change the world ourselves, so we came up with helping the ducks this year.”

The fifth-graders set out food and water for the ducklings and turned on the fountain in the courtyard for the ducks.

“We have certain people that go out in the courtyard and fill up the food containers so they can eat,” fifth-grader Dawson Walls said. “And we have people change the water daily.” 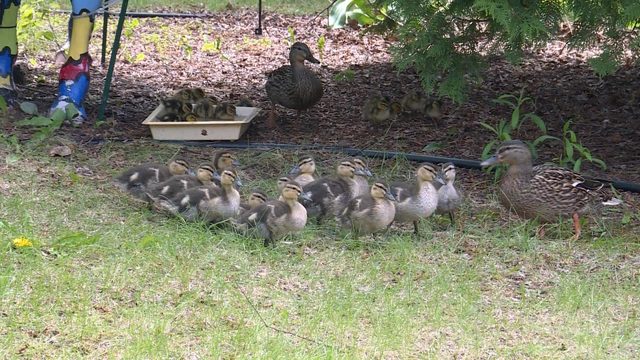 “The regular percentage of ducks that survive is only 70 percent, and so far, we’ve had 100 percent, so it’s really awesome,” Paisley said.

The fifth-graders did a lot of research to figure out what to feed the ducks and how much food to give them.

“We did talk with the DNR to try to find out what’s the best for them,” Paisley said. “But they said that we probably need to get them out of here before they’re fully grown.”

Even though the students will leave next year to move up to middle school, they want to leave behind a legacy for the ducks. The class is working on building a duck house to protect future ducklings.

“They’re going to be back next year. I know it,” Dawson said.

The fifth-graders plan to lead the first set of ducklings out of the courtyard Friday morning. They’ll lead the second group out before the school year ends.