Jakubowski still on the run 6 days after manhunt begins

MADISON, Wis. — Hundreds of tips rolled in over the weekend in connection with a manhunt for Joseph Jakubowski, accused of stealing more than a dozen guns and making threats against schools, officials said.

The Rock County Sheriff’s Office said Monday that it’s followed up on more than 400 tips and leads in the search for a Jakubowski who is suspected of stealing a large quantity of from Armageddon, a Janesville firearm and ammo store, and sending an anti-government manifesto to President Donald Trump.

The Juneau County Sheriff’s Office said Monday that Jakubowski might have been spotted at a New Lisbon business in the early morning hours Sunday. Investigators determined just before noon that the tip was unsubstantiated, the sheriff’s office said.

The Rock County Sheriff’s Office said “additional federal resources have been brought in” from around the country to search for Jakubowski but provided few details.

The Rock County Sheriff’s Office said Jakubowski expressed anti-religious views in the 161-page manifesto that he apparently sent to the White House. Sheriff Robert Spoden said a friend of Jakubowski turned over a copy of the manifesto to police.

On Monday, the sheriff’s office also released what appeared to be a surveillance image of Jakubowski dated Tuesday. Authorities said he might have changed his appearance. 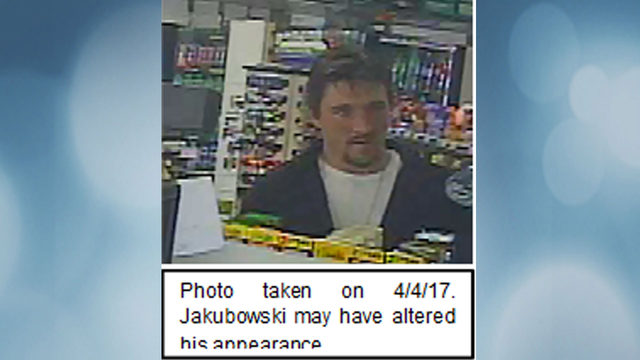 Police increased patrols near churches in Janesville Sunday and notified area schools that Jakubowski was still at large in case they wanted to take precautions.

Capitol police in Madison said the department has increased patrols inside and outside state buildings. Spokesman Steve Michels said business is expected to continue as usual, but people in the area are asked to remain vigilant and report anything suspicious.

Authorities said about 150 law enforcement officers are involved in the manhunt.

Investigators say Jakubowski has made no specific threat.

Jakubowski is believed to be armed and dangerous, and anyone who sees him is advised to call police and not approach him. The FBI is offering a $10,000 reward for information leading to Jakubowski’s arrest. 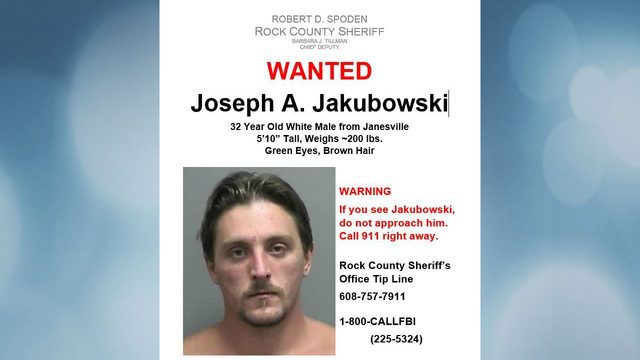