Worth Watching: ‘Naomi’ Joins The CW’s Hall of Heroes, Road Trips on ‘This Is Us,’ Remembering Alvin Ailey

The CW adds a new hero to its swelling roster of DC-comics series with Naomi. A lighter This Is Us episode sends several key characters on the road with life-changing consequences. American Masters opens its 36th season with a tribute to dance pioneer Alvin Ailey. OWN launches a family melodrama reminiscent of Falcon Crest, about a Black wine-growing dynasty. Created by filmmaker Ava DuVernay (Selma) and Arrow veteran Jill Blankenship, this contemporary origin story of a DC Comics character is a natural fit with the return earlier in the evening of Superman & Lois (8/7c) for its second season. Teenage Naomi McDuffie (the appealing Kaci Walfall) is the well-adjusted adopted child of a military couple, and she’s just nerdy enough to enjoy operating a popular Superman fan site. Her life begins to unravel when an apparent stunt involving her supposedly fictional idol rocks her Port Oswego hometown, and she begins hearing strange buzzing and experiencing fainting spells that has her questioning her identity and abilities. “Who am I?” she wonders. That answer will fuel the first season. The tearjerker’s final season continues on a refreshingly lighter note, as Uncle Nicky (Griffin Dunne) enlists Rebecca (Mandy Moore) and Miguel (Jon Huertas) to accompany him on a road trip to reconnect after 50-plus years with Sally, the flower child who got away back in the Woodstock ’60s. On the opposite coast, Deja (Lyric Ross) boards a bus for Boston to see her boyfriend Malik (Asante Blackk), now at Harvard. These encounters are bound to have lasting consequences as the season progresses. Launching its 36th year of celebrating icons from the arts, American Masters presents director Jamila Wignot’s evocative tribute to groundbreaking choreographer Alvin Ailey (1931-1989), whose establishment of the Alvin Ailey American Dance Theater (which continues today) continues to provide opportunities to Black dancers and choreographers. The film, borrowing extensively from his own words heard through archival recordings, traces Ailey’s life from Jim Crow Texas to the world of modern dance, where he reflected the Black American experience in his acclaimed and influential dance pieces. Ailey’s biography is juxtaposed with scenes depicting the creation of a new work, choreographer Rennie Harris’ “Lazarus,” based on Ailey’s life and enacted by members of his present-day ensemble. The Kings of Napa

Falcon Crest with an undercurrent of Succession suggests the tone of OWN’s new soapy melodrama, all about the Kings, a Black wine-growing dynasty from Napa Valley that begins to pop its cork in an unflattering fashion after patriarch Reginald King (Isiah Whitlock) suddenly steps aside. Among the scheming offspring vying for power: middle sibling and marketing pro August (Ebonée Noel), older brother/CFO Dana (Rance Nix), swaggering younger brother Christian (Ashlee Brian), cousin and vineyard manager Bridgette (Yaani King Mondschein). They’ll soon learn there’s more to the business than they ever realized. We’ll drink to that. 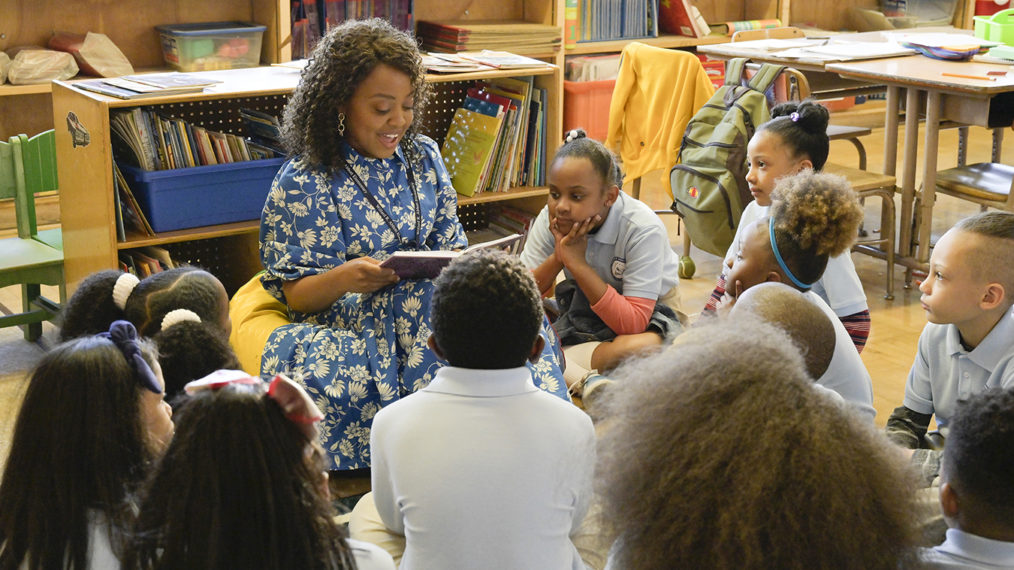 During “Wishlist Week” at the struggling public school, Abbott’s teachers appeal directly to the community for new school supplies. Veteran kindergarten teacher Barbara (Sheryl Lee Ralph) has learned to make do and ask for little, but newbie Janine (Quinta Brunson) reaches for the stars in a TikTok video—then oversteps by producing an especially manipulative video on behalf of her old-school mentor (“I followed how they make the Pixar movies,” Janine quips). Janine also inserts herself into the classroom of new substitute Gregory (Tyler James Williams), whose walls are depressingly bare. But not for long.

Madison Ballet awarded grant to give opportunities to choreographers of color

UW Health experts speak to importance of isolating when sick

In the 608: Growing interest in youth eSports

UW Health experts speak to importance of isolating when sick

Halderson trial recap ahead of restart: Days 1 through 6