BELOIT, Wis. — A special jacket is back in its rightful place after being lost for brief period of time.

Ronda Russell said her late father Ronald got the jacket after participating in a special event called “Vet’s Roll” in May of 2018.

Ronald Russell, a Beloit native, served in the Air Force during the Cold War. During his years in the service, he spent time in Lincoln, Nebraska, as well as Finland.

After coming back home to Beloit, he worked as a mechanic in town. Ronda Russell says her dad was well known around Beloit.

“He loved other people,” Ronda Russell said. “He was always asking about you.”

Ronda Russell says her father loved working on cars in his spare time and taught her to do the same. In high school, Ronda says she became the first girl to take the auto mechanics class offered at Beloit Memorial all thanks to her dad’s training. 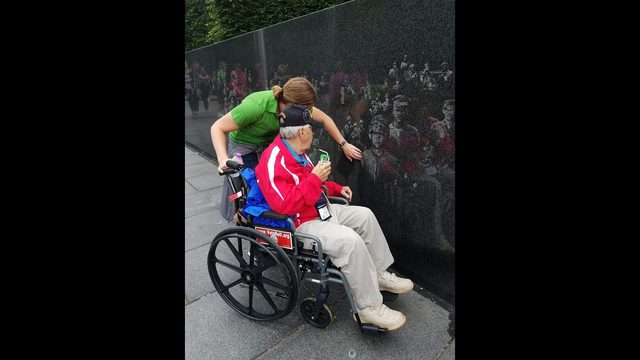 As Ronald grew older, however, he developed Parkinson’s disease, making it harder for him to get around.

“He lost his ability to walk,” Ronda said. “He never complained about it.

A Beloit woman says she wants to thank the entire city after they helped her find her late-father’s “Vets Roll” jacket. It’s a story you’ll only find on @channel_3000.com #News3Now #DoSomethingGood pic.twitter.com/aZtrn094ds

Ronda Russell said her dad made the choice to go on the Vet’s Roll trip, a tour to Washington, D.C, for WW2, Korean War and Cold War veterans, last spring. After the trip, he was given a special jacket to commemorate the event.

“He was so proud of that jacket,” she said. 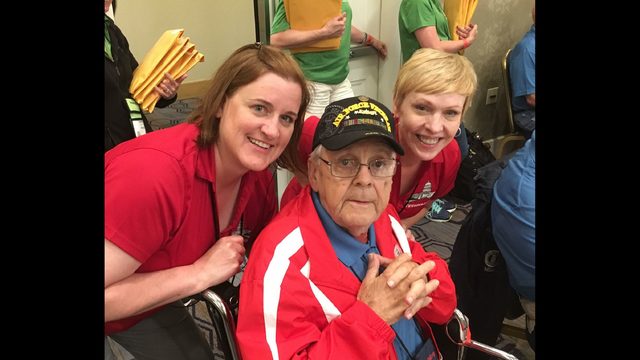 Shortly after, Ronda realized one of her father’s prized possessions was missing. Without her knowledge, the jacket had accidentally ended up at Goodwill.

Ronda and her husband went to the Goodwill, where they learned donated items were shipped out to other locations. Store staff promised they’d look for it, but it was a difficult challenge.

Ronda explained her situation on Facebook, and her call for help was shared hundreds of times. Later that same day, she got a call from Goodwill – they’d found the jacket, not yet shipped away.

Later that day, she got it back.

“I was so choked up,” she said. “I grabbed it and I smelled it. I just smelled it, and I remembered everything.”

Russell said now, she wants to thank everyone who helped in the efforts to find the jacket.