There are 339 unmarked graves and headstones

Last January, a monument to Confederate soldiers – perceived by many to this day to unjustifiably honor a pro-slavery rebellion against the United States – was removed from Forest Hill Cemetery. The 112-year-old marker, listing dead prisoners of war, is now in the possession of the Wisconsin Veterans Museum. An estimated 140 Confederate soldiers remain buried in the west-side cemetery.

“Estimated” is the operative word, as the cemetery has as many as 339 unmarked graves and headstones that are too poorly engraved to identify the interred.

The cemetery was established in 1858 on the site of effigy mounds built in the shape of animals some 10,000 years ago by Native people. The meaning and use of these large rises in the landscape are largely unknown, although archeological excavations have found some to be entombed remains of warriors and leaders of the Mound Builders’ society. Several effigy mounds are preserved and marked at the cemetery. Two are in the shape of panthers. One is in the shape of a goose, although its head was destroyed in the 1880s to make way for the Illinois Central Railroad.

In the Forest Hill Cemetery chapter of “Mysterious Madison,” author Noah Voss notes that for fans of “Hollywood horror movies, there are a couple of things popularly believed to cause unhappiness in the afterlife.” Those things are unmarked and unknown gravesites and desecrated Native American holy ground. Forest Hill has both. 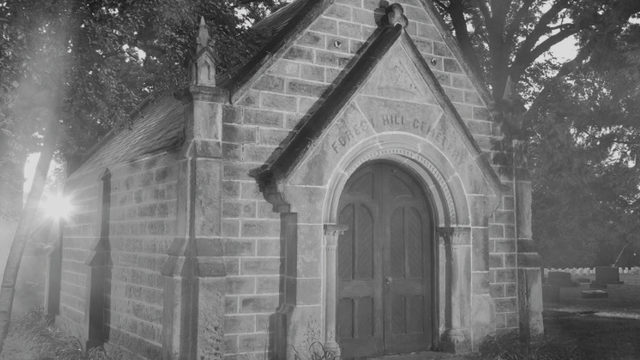 Although Sherry Strub, in her 2008 book “Ghosts of Madison, Wisconsin,” says Forest Hill is considered the city’s “most haunted cemetery,” she provides no examples of ghostly presences. She described having “a very strange feeling in the pit of my stomach near where there are few markers.” She added, “Some get instant headaches near the military burial plots for Union and Confederate soldiers.”

Voss, on the other hand, writes that a “Lady in White” has been seen wandering the cemetery. He says people claim to have spoken to her and even picked her up in their car, only to have her suddenly disappear. “I am told she wears a dated large hoop dress,” Voss writes, though he provides no more details. 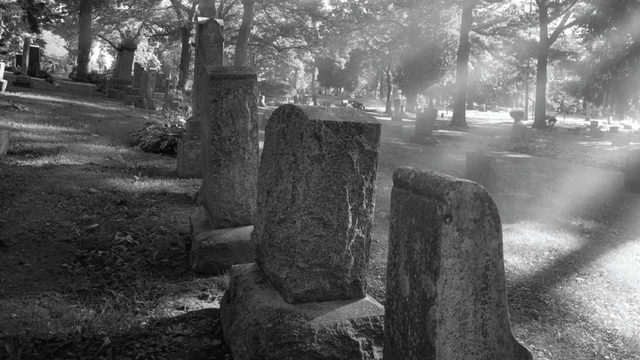