Group encourages people to ‘Make Time’ by leaving phones behind

MADISON, Wis. — In a time where many of us feel permanently connected to our cellphones, one south central Wisconsin group is encouraging people to leave their phones behind for a bit, all in an effort to connect with others and accomplish projects they’re passionate about.

The group is called Make Time, and it meets on the second Sunday of every month. During the winter, Make Time meets at the Arts + Literature lab on Winnebago Street in Madison. During the summer, it meets at founder Vanessa Herald’s farm outside of Beloit.

Participants take part in a group activity, then work on their own individual projects, whether it be academic work, poetry, knitting, crafts or their novel.

“We get together to basically make time for the projects that matter most to us,” Herald said.

The key to Make Time: no cellphones. Participants drop their phones into a basket before starting their daily activities. 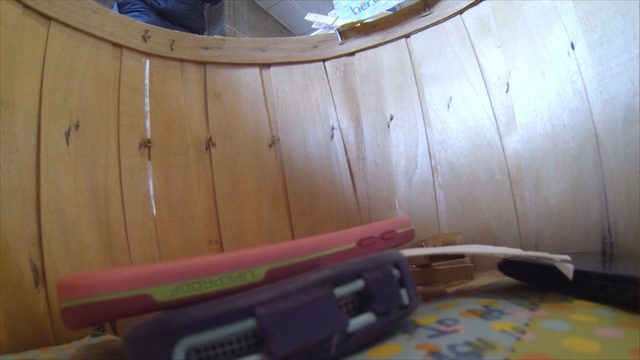 “About two years ago, I realized how hard it was to get away from the chores and the to-do lists and my phone and actually make long chunks of time to work on creative projects and other important long-term things, so I created Make Time to help other people create that space in their lives,” Herald said.

Herald is quick to note that Make Time isn’t a workshop or a class.

“It’s just holding space for people to show up to really bring what they want to work on for the day,” she said.

Meg Westfox, of Madison, is one person who chooses to Make Time. At the group’s Nov. 12 session, she chose to make a Christmas stocking for her adopted niece.

“It’s really nice, because even when I’m tending to focus on stuff at home, I do have my phone next to me and I’m checking emails and checking texts and things,” Westfox said. “This way, I can just say, ‘Nope, not today, I’m doing this!'”

Melissa Marver, 33, another participant, may not be typical of her age group. After all, the PhD student has a flip phone instead of a smartphone. However, she said she chooses to Make Time to accomplish the important things she wants to get done free of distraction.

“I think that being around people holds me accountable,” Marver said. “(I tend to work on) mostly school work for my PhD, but, sometimes, if I’m feeling like procrastinating on that work, I’ll work on quilting, spinning yarn, knitting, a host of other things.”

Marver said Make Time is a good way for her to reconnect with the things that matter to her. She said the “no-cellphone” philosophy of Make Time may not be for everyone, but she recommends people give it a try.

“It’s important to do things as an intentional choice. I have some friends where they’re isolated because of some health issues, and Facebook is an important way for them to connect,” Marver said. “For them, it’s actually an intentional choice, this is their way of connecting with people. So I hesitate to say anything that’s going to apply for anybody.”

“For me, I find that disconnecting just helps me,” Marver said. “Most of the things I want to do are things that I have to be disconnected in order to be able to do.”

Herald said Make Time isn’t just for so-called “creative” people, but anyone who has a project they’d like to work on without the pressure of constant connection.

“Without our phones, we have a chance to really exhale, see what the world looks like when we’re not carrying that device with us and (see) it through that lens,” Herald said.

Herald said for a lot of people who participate in the group, Make Time becomes a habit they practice in their everyday lives.

“They come back to Make Time and say, ‘I actually worked on this between Make Times,'” she said. “I think everything is a practice and you get into the habit of leaving your phone aside for an hour or two, or actually sitting down and focusing on something, and that’s something you can really repeat throughout the month when you’re not here in this space.”

Marver said she tries to Make Time on the bus, while Westfox said she’ll Make Time on Sundays, even when the group isn’t meeting in Madison.

“I keep it on my calendar and I try to take this Sunday to do stuff even if I do it at home,” she said.

The next Make Time event is set for Dec. 10 at the Arts + Literature Laboratory. To learn how to get involved, visit the Make Time Facebook page .