Kristin Forde was home with her son, Ayodeji, and his brother, Elijah, the night Tony Robinson was shot. She read about the incident on Facebook and quickly texted her partner who was working. Then she sat, unable to sleep, reading updates on the incident online while feeling shock and fear and helplessness.

“My baby’s father is a Black man,” says Kristin Forde. “It became clear to me at a certain point in my pregnancy that my commitment to self-awareness, transformation and social justice was going to have to seriously deepen. This was about to get real personal. “

Then the unexpected happened. Forde’s son was born last November with blue eyes and skin that nearly matches hers, rather than his father’s. The conversation about inequity that she thought she’d have with her biracial son shifted.

Forde, a child care specialist at the Respite Center, frequently marches with Ayodeji, her infant son, nestled against her chest and with his father at her side. They walk behind a Black Lives Matter banner. Forde feels all lives matter, but our systems act as if Black lives matter less.

Does Forde feel hopeful? “My son was born during a time of horrible tragedy,” she says. “And he will be raised with incredible leadership rising up around him. How lucky he is to be spending his first year surrounded by Black leaders and community forming in response–chanting and singing, in mourning and devotion, with eyes on justice and radical love. How can I not feel hope more than fear?” 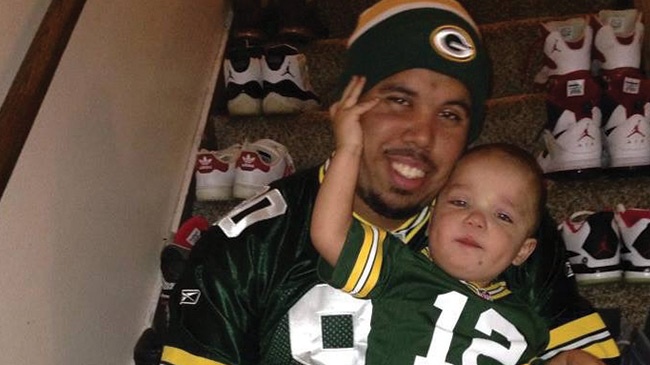 The night Tony Robinson was shot, Tony O’Brien was stunned to hear an unarmed Black teen was killed so close to home. But when he heard it was Robinson, his shock turned to grief.

O’Brien, a Madison resident, is a 2005 graduate of Sun Prairie High School, the same school from which Robinson graduated just last spring. More importantly, he is a good friend of Tony Robinson, Sr., the victim’s father.

“I don’t have much hope for change,” says O’Brien, who plans to have the same conversation with his three-year-old son, Izaiah, that his father had with him.

“My father taught me not to fight with police officers because they can do whatever they want. He said, ‘Just go to jail and talk about it later.'”

O’Brien, who works at Simple Communications on Madison’s east side, has been incarcerated once. And he followed his dad’s rule. “I will tell this to my son,” says O’Brien.

Yet O’Brien believes reformation over the arrest of unarmed people can occur.
“I don’t care if they’re white, Black, Asian, Mexican, whatever,” says O’Brien. “Use a Taser, a baton, backup. They should use whatever resources they have before they use their gun and take someone’s life. I just hope justice is served.” 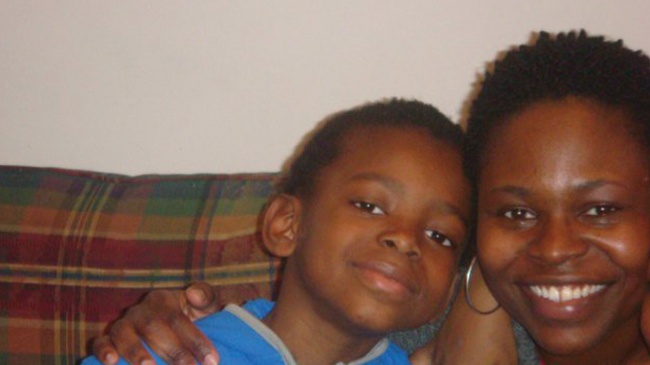 The night Tony Robinson was shot, Sagashus Levingston attended a fundraiser for One City Early Learning Centers, a preschool for low-income families under development by former Urban League President and CEO Kaleem Caire. She was “on top of the world” to see a Black leader doing something this amazing in her community. “When I came home,” says Levingston, and heard the news of Robinson’s death, “it was like a huge slap in the face, a sad, sobering reality check.”

Last year, Levingston, a Ph.D. candidate who teaches in the UW-Madison English Department, took her two sons, eleven and seven, out of Shorewood Hills Elementary School. She loved her teachers–“they’ve done everything they could for my boys”–but district policies scared her. She recognized that, based on her older son’s third-grade test scores and the way things are structured for boys of color, “a jail cell had already been made for him.” Plus, she was told that since he’d gotten into trouble, he was old enough for juvenile detention. After witnessing posturing around him that mimicked a person being arrested, her response was one of urgency.

“He looked like a kid whose life was leaving him, whose freedom was leaving him,” she says. “And that was enough for me. For a little black boy, that disturbed me.”
And so, for now at least, she’s home schooling her children while teaching them the tough life lesson that speaking your mind freely in the home is one thing; practicing that independence in society can have serious, adverse consequences.

“This may change, but with my son, I don’t have time to wait. In liberal Madison, the kids have almost as much say as adults,” says Levingston. “But when a black youth is up against a police officer, that all changes. He must be obedient. He’s not allowed to question. As an instructor, and being on State Street a lot, I see many white children misbehaving, acting drunk, and they manage to survive the interactions with the police.”

Yet, Levingston is optimistic and proud of what’s happening in Madison overall. She sees passionate responses that look like the Civil Rights movement–the “Malcolm X extremists and Martin Luther King pacifists. You have people doing it exactly as it’s supposed to be done. I think that for any movement you need all kinds, in Madison, I see a nice mixture of that.” 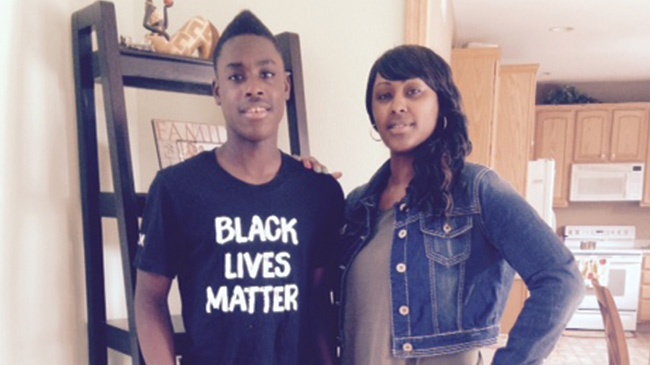 Pertrona Latson’s fifteen-year-old son, a Black Hawk Middle School student, was out with friends the night Tony Robinson was shot. When Latson heard about the incident, she immediately thought about him. She knew he wasn’t near Willy Street, but still, he’s a Black teen, so she worries.

Latson, administrative assistant to the superintendent of the Verona Area School District, lives on Madison’s north side. She’s a trained law enforcement official and the daughter of a thirty-year veteran police officer. While she makes it clear that she “definitely supports law enforcement officers,” Latson expresses deep disturbance by the number of young people, particularly African American males, being killed by police for offenses she feels wouldn’t get people of a different race killed or injured.

“As a mom of an African American teenage son, I am fearful that a mistake, bad choice or reckless teenage adolescent act might cost my son his life,” says Latson. “Kids make mistakes and bad choices all the time but it doesn’t mean they should die. We can’t continue to shoot and kill black young men because they give a certain look or because they are bigger and stronger than law enforcement. After all, that is why in the police academy we are taught hand to hand combat and defense tactics.”

Latson says change will be hard. “It’s going to take change in multiple areas: education, the community, at home. I don’t know how far that will go, and while people are talking about it right now, we have been talking about it, but it stays the same.”

Freelance contributor Pat Dillon is a national finalist for a City-Regional Magazine Association Award in civic journalism for her 2014 Madison Magazine article, “A Kid at the Crossroads.”

Click here for all stories that appeared in the May 2015 cover story covering the days after the Tony Robinson shooting.

Wisconsin man injured while trying to help driver on highway

Woman fails to stop at stop sign, gets arrested for felony OWI