The FBI said the stores that were hit included Aldi’s at:

An attempted robbery was also reported at the Aldi at 3105 South Chicago Ave. in South Milwaukee on Thursday, officials said.

According to an FBI release, in each case, the subject enters the Aldi store about 20 to 30 minutes prior to the store closing and hides somewhere inside. About five to 10 minutes after the store closes, the man emerges, displays a handgun and takes control of everyone inside the store.

Officials said the robber appears to have inside knowledge of Aldi and its procedures. He’s been able to avoid having his face captured by surveillance video. He’s been observed on the phone during several of the robberies and law enforcement members believe he’s working with an accomplice or getaway driver.

The FBI is offering a reward of up to $5,000 for information leading to the arrest and conviction of the people responsible for the string of grocery store robberies. Officials said the robber should be considered armed and dangerous, and that people shouldn’t approach him if they believe they see him.

Anyone with information is urged to call local police or the FBI Milwaukee Division at 414-276-4684.

The FBI release security camera images that show a dark figure, as well as a police sketch of the suspect’s face based on eye witness reports.

The robber is described as black, between 5 feet 7 inches tall and 5 feet 9 inches tall with a thin to athletic build. Witnesses told authorities that he displays a silver or chrome semi-automatic handgun during the robberies. 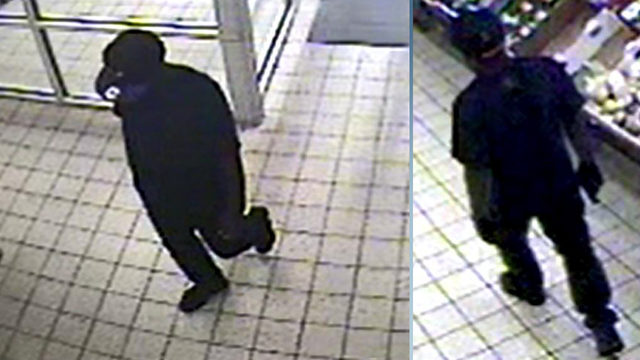 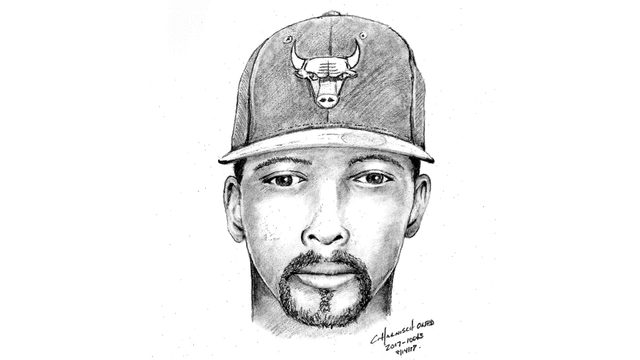