Donations left over from manhunt won’t go to waste

SWEPT will use donations for first responders

JANESVILLE, Wis. — Many community members donated food, water or other supplies to law enforcement officials as they searched for a Janesville fugitive and now that the manhunt is over, those donations will be used for other emergency situations.

More than 150 law enforcement officials dug through tips and followed up on leads connected to the 10-day manhunt for Joseph Jakubowski, who was accused of stealing weapons from a Janesville gun store and writing a 161-page manifesto to President Donald Trump . The Southern Wisconsin Emergency Preparedness Team helped coordinate food donations to feed the officials.

SWEPT is a nonprofit organization that provides support services to police, fire, emergency medical services, emergency management and other agencies in Rock County. While the team called businesses to donate meals for the law enforcement officials, community members held donation drives to collect other supplies.

“The donations that were coming in, they were amazing, and it was stuff that we may not have thought about originally,” SWEPT volunteer coordinator Lauri VanderJagt said. 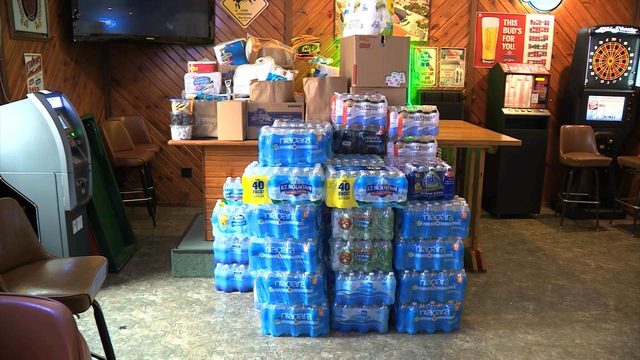 Even though the manhunt ended Friday morning when officials arrested Jakubowski , VanderJagt said the donations collected at the drive will still be used for other emergencies.

“The water is an awesome resource right now because summer is coming and when firefighters go out in the middle of the night in summer and try to fight a barn fire, it is hot, so water is absolutely, absolutely critical for that,” she said. “So those supplies will be used to meet those needs still in the community for the people who are protecting our communities.”

“We have fire calls we go on, and we get called up regularly,” he said. “So we’ll be using the supplies for those events.”

Diestler also said some of the supplies would be used at the local police departments’ National Night Out.

“There’s a lot of other opportunities that we could use that supplies, so it won’t go to waste,” he said.

Diestler said SWEPT has about 20 team members, and no one gets paid. He said 100 percent of the money and supplies donated to the nonprofit organization goes back to the community and to emergency responders.