DOC Secretary says Lincoln Hills solution could not be rushed

MADISON, Wis. — The secretary of the Wisconsin Department of Corrections told News 3 that a solution to the problems at the state’s youth prison could not be rushed and said he is confident that a new plan will be successful.

DOC Secretary Jon Litscher said in an interview Thursday that a plan that would convert the Lincoln Hills-Copper Lake facility to a medium security adult prison and open smaller youth facilities around the state took time and required input from stakeholders.

DOC Secretary Jon Litscher, when asked why change at Lincoln Hills took until 2018, says they “did not rush into a new model for reactionary reasons” and did further research on what works. #news3 pic.twitter.com/dIFD9jWKjg

“The fact of the matter is we did not rush into a model for reactionary reasons,” Litscher said. “We bought into a model based on planning and what we think is in the best interest of the young people.”

Gov. Scott Walker announced plans to close the school amid allegations of inmate abuse and unsafe working conditions for staff.

“By moving from one facility to several facilities across the state, and placing a focus on mental health and trauma-informed care, we believe this plan will improve long-term outcomes for both juveniles and our staff working at these facilities,” Walker said in the release. “Republicans and Democrats alike agree this is the way forward to reform juvenile corrections, and I thank state and local elected officials and interested organizations for partnering with us to develop this plan.”

Lincoln Hills has been under investigation by the Wisconsin Department of Justice and the FBI since 2015. A federal judge also raised questions last year about disciplinary practices at the facility and ordered a reduction of the use of pepper spray and solitary confinement with youth.

When asked whether it has taken too long to find a solution to issues at the facility, Litscher defended the timeline.

“Our focus is the future. Our focus is continued improvement. Our focus is in dealing with the needs of the young people we are asked to serve,” Litscher said. “All the issues that are in the past, we recognize those. We internalize those and we accept those, but we are moving forward.”

Litscher and Walker said the plan will align the state’s juvenile corrections and treatment systems with nationally recognized best practices and offer opportunities for treatment of juveniles closer to home where they can have support from family.

After many discussions with state and local officials and interested groups, we announced a plan to reform our juvenile correction system by adopting a regional model and emphasizing mental health treatment. It has been met with bipartisan support! https://t.co/BecaG65sYo

“The whole aspect of this is to change from what we call a ‘one-site’ to better implementation on sites where the youth come from where we figure the support network is stronger and more able to participate in their treatment programs,” Litscher said.

The proposal is similar to one presented by Rep. Evan Goyke, D-Milwaukee, in November. Goyke expressed excitement that the plan was moving forward.

“This very plan is something I have been working on for a number of years while I’ve been in the Legislature, so it’s exciting to see those ideas gain traction and support from the administration,” Goyke said in an interview.

But Goyke is calling for the plan to move faster than Walker’s initial proposal. The governor’s plan requires the Department of Corrections and the Department of Health Services to include costs of converting and operating the new facilities in their 2019-2021 agency budgets, which is estimated at $80 million. Goyke said he’s calling for his bill, which has a similar plan, to be taken up in the Legislature immediately.

“It’s exciting but it shouldn’t be left to the next governor to bring this up in the budget,” Goyke said. “We have the bill. It’s in the right committee. It’s got bipartisan support. So I’m really pushing to try to have legislative action and public input as soon as we can.”

I’m available any day of the week to have the hearing on Assembly Bill 791. https://t.co/oYQwI5qbnw

Walker’s plan would only become a reality if he is re-elected in November 2018. Democratic candidates for governor have been criticizing the announcement saying help is needed at the facility sooner.

A spokesman for the governor said he may be willing to see the process move faster.

“If the Legislature wants to advance the plan sooner, we would be supportive of those efforts,” said Walker’s spokesman, Tom Evenson, according to Wispolitics.com.

The locations of the six for new juvenile correctional facilities have not yet been chosen, but at least one of the facilities will be north of a line between Manitowoc and La Crosse. The plan would also expand mental health treatment for juveniles and provide that treatment at the Mendota Juvenile Treatment Center in Madison as early as fall 2018.

“It’s essential that we find a workable solution that will bring about better outcomes for juveniles offenders, their families and their communities. I look forward to the future discussions on this proposal,” Vos said in a statement. “We must focus on how we can work with Wisconsin counties in order to make the system more effective and accountable for juvenile offenders without putting undue burden on state taxpayers.”

Sen. Lena Taylor, D-Milwaukee, said Walker has failed to visit a single correctional or juvenile facility in his tenure as governor.

“After years of neglect, and ignoring the many legislative proposals that I introduced to bring relief to juveniles and correctional officers, Governor Walker is just now getting to do his job right in time for another election bid,” Taylor said in a statement. “It’s clear where his priorities are, and that this is just another attempt to play politics and get this scandal, recently confirmed by his former Corrections Secretary, off his back.” 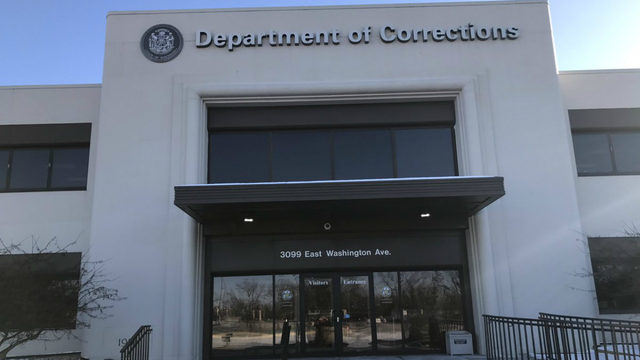 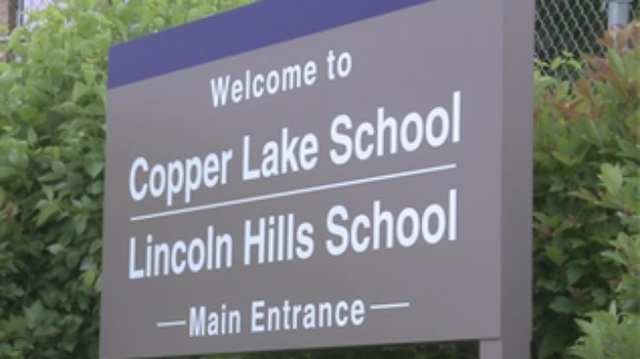