The Madison Fire Department said a crew responded to a report of of a minivan on fire at 4:49 p.m.

The driver of a Chevy Venture told firefighters he was driving on the Beltline when smoke started coming out of the vents.

He said he pulled over and the engine started on fire. He was able to get out of the vehicle unharmed, according to the report.

Firefighters used their bumper line to put out the fire. The van was no longer operable, and Wisconsin State Patrol called a tow truck to the scene.

A bystander was able to capture images of the minivan on fire and crews spraying the engine compartment. 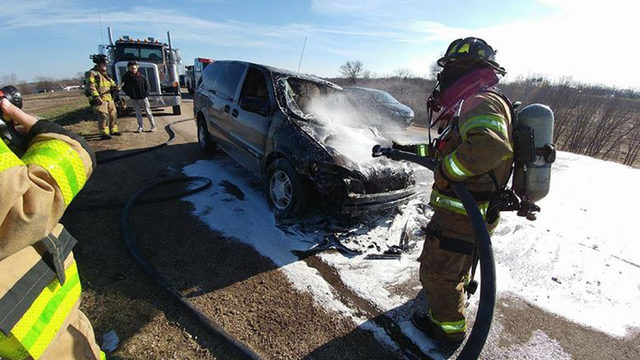