MADISON, Wis. — A former Dane County sheriff’s deputy is facing eight felony charges in a case of years of theft from a law enforcement group’s fund .

Joel Wagner, 54, of Sun Prairie, was charged with theft of movable property between $2,500-$5,000, six counts of unauthorized use of an entity’s identifying information, and theft by false representation of between $5,000 and $10,000 in Dane County court Tuesday.

In January 2017, the new president of the Dane County Deputy Sheriff’ Association learned during the organization’s annual audit that the union board expenditures seemed high, including monthly mileage claims from Wagner. According to the criminal complaint, between 2011 and 2016, Wagner had erroneously claimed $9,846.12 in mileage expenses on the association’s credit card. Wagner told investigators that regular trips to Manitowoc with mileage that had been reimbursed were to meet with a Cops for Kids donor, but the donor told investigators he never met with Wagner, and donations were sent via check. On several occasions, Wagner claimed mileage for meetings that were held while he would have been using a county vehicle, not his personal vehicle. 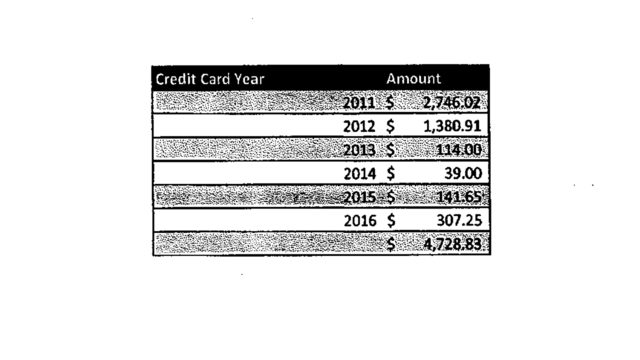 Wagner was also being reimbursed for phone, meals, parking and office supply expenses. Investigators believe between 2011 and 2016, Wagner spent $4,728.83 in unauthorized expenses.

Wagner explained to investigators that several charges flagged as unauthorized had been mistakenly charged to the association card instead of his own, according to the complaint. He told a detective that charges from Classmates.com were a mistake, and that he used the wrong credit card, even though his personal card was green and the association card was gray. He had explained the charge in a handwritten note on a statement in 2014 as an association expense.

“This shows that he had reviewed the credit card statement, seen the Classmates charge, and simply explained it as a miscellaneous expense,” a detective wrote in the complaint. He labeled a Classmates.com charge the year before as an office supplies expense. 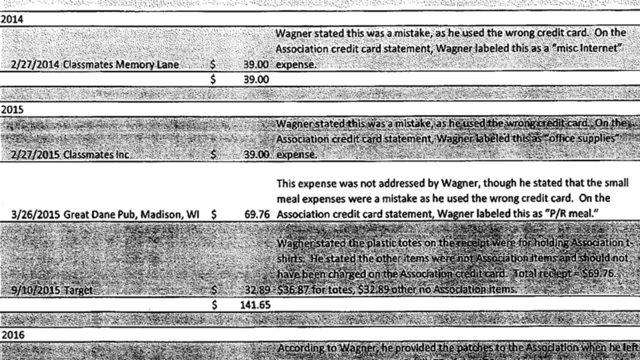 He also said six purchases to StubHub for Brewers tickets should not have been on the association card. Several other receipts for food and restaurants charged to the association were made when he “grabbed the wrong credit card,” the complaint said.

The total of the charges marked fraudulent between association credit card purchases and mileage claims over six years totaled more than $14,000, according to the complaint.

DCDSA President John Cahill said in a statement Tuesday that Wagner had “betrayed the trust we placed in him.”