Complaint: Driver had cocaine in system during crash that killed Cottage Grove couple

MADISON, Wis. — The man accused of striking an SUV and killing a Cottage Grove couple inside in mid-February is facing seven felonies and two misdemeanors in connection with the deaths.

Brandon L. Ballweg, 25, of Stoughton, was in Dane County court Monday afternoon with two counts of second-degree reckless homicide in the deaths of Jennifer M. Steiner and Kirk M. U’ren. U’ren was pronounced dead at the scene. Steiner was taken to the hospital but died 13 days later of her injuries, officials said.

Ballweg’s cash bail was set at $150,000 and he was ordered not to have contact with the family or surviving alleged victims. He is also ordered not to drive, drink or use drugs without a prescription.

According to the criminal complaint, police said Ballweg told officers the day of the crash that he remembered a Trailblazer trying to race him on Highway 30 shortly before the crash. He said he didn’t want to race the Trailblazer and sped up to about 75 mph in the 45 mph zone to attempt to pass the vehicle. He said other vehicles often try to race him because of his lowered suspension on the red Honda Civic he was driving. The Civic split in two with Ballweg inside during the crash. 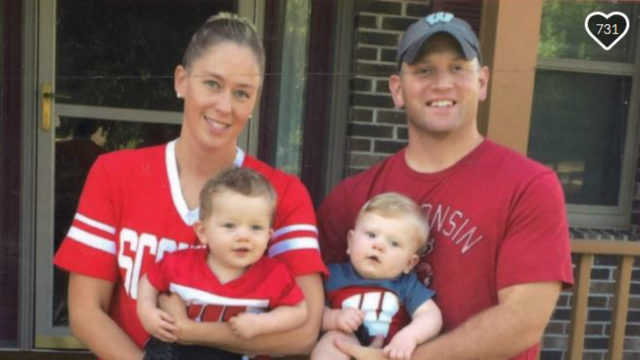 A state trooper investigating the crash estimated Ballweg was traveling between 87 to 92 mph, according to the criminal complaint.

He also told officers he smokes “a bowl” of marijuana a day, but that he’d last smoked pot at 3 a.m., which would have been about 13 hours before the wreck.

Blood drawn from Ballweg nearly three hours after the crash tested positive for cocaine, according to the criminal complaint.

The crash involved four vehicles: Ballweg’s, the SUV driven by U’ren, plus a red Mazda with two occupants and another vehicle with one occupant. The lone occupant, who had her shoulder pinned against her driver door after the crash, was kept overnight at the hospital and suffered a fractured left shoulder and spine, the complaint said.

Ballweg was charged with two counts of second-degree reckless homicide, two counts of homicide by vehicle with a detectable amount of restricted controlled substance, three counts of second-degree recklessly endangering safety, reckless driving causing injury and operating a vehicle with a detectable amount of a controlled substance in the blood causing injury.

U’ren and Steiner are survived by their twin sons Kaden and Grayson, 1 .

Man reports seeing someone fire gun outside of car window