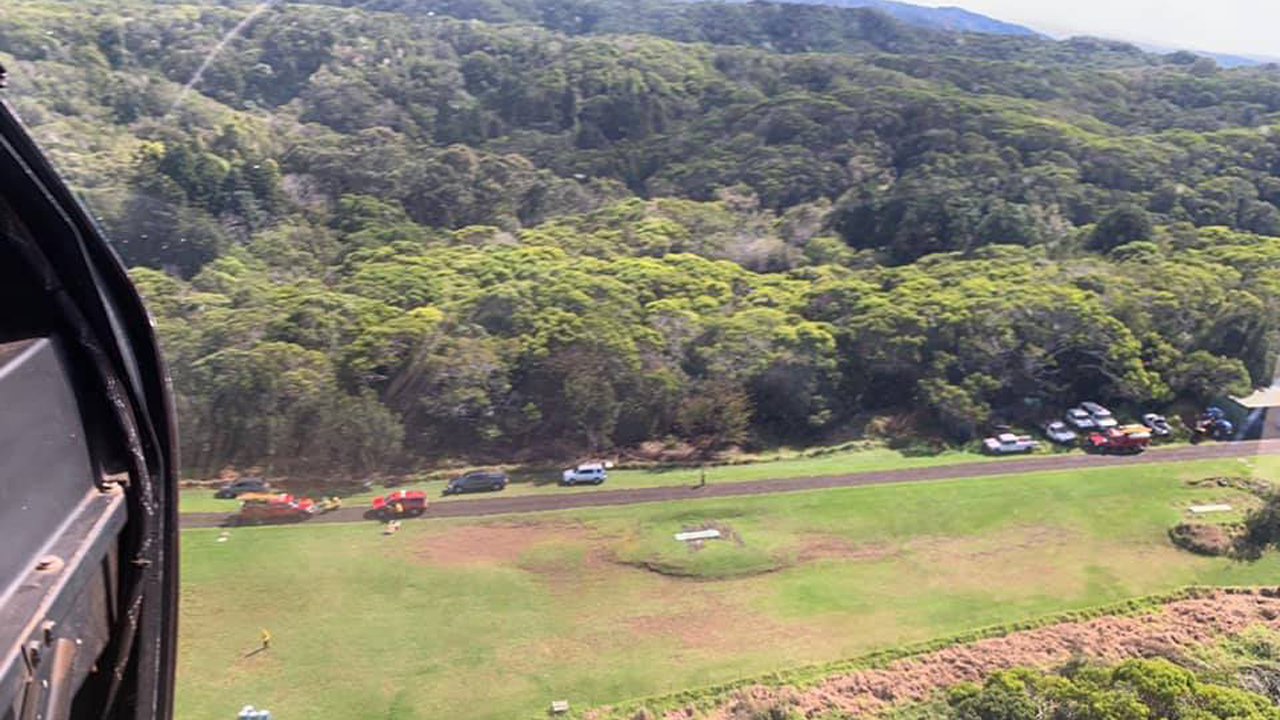 HONOLULU — The remote and rugged terrain on the Hawaiian island of Kauai where a sightseeing helicopter crashed, killing all seven people aboard, could make it difficult or even impossible to piece together what led to the wreck.

Federal investigators who arrived Sunday are calling the inaccessible area of steep cliffs and thick jungle canopies one of the most challenging crash sites they have seen.

The Kaua’i Police Department said 47-year-old Amy Gannon and her 13-year-old daughter Jocelyn Gannon, of Madison, were killed in the crash last week.

Getting a team to the actual site was proving to be one of the initial challenges, National Transportation Safety Board spokesman Eric Weiss said Monday.

“The logistics of this particular site are very challenging, even by NTSB standards,” Weiss said. “I can’t exaggerate the difficulty of the terrain.”

Before the helicopter crashed on a mountaintop Thursday, it was set to tour the rugged Na Pali Coast, the picturesque and remote northern shoreline of Kauai that was featured in the film “Jurassic Park.”

The team of investigators from Alaska and Washington state planned to fly over the crash site in a helicopter Monday and then come up with a plan on getting people to the area, Weiss said.

Sometimes it’s been impossible for investigators to reach wrecks.

The NTSB couldn’t determine why an Alaska sightseeing airplane crashed into a mountain in Denali National Park in 2018, killing a pilot and four passengers from Poland, because it couldn’t reach the wreckage. The plane crashed on a near-vertical mountainside covered by snow and ice and later got buried when a glacier split apart.

In Hawaii, federal investigators have started their work remotely even if they can’t get to the Kauai site, Weiss said, including studying the fast-changing weather at the time of the crash.

“We’re going to hold off an any comments at this time just for the NTSB to do their investigation,” he said. “In that mountainous terrain, there are not a lot of observations that can be taken, but we’ll leave that up to the incident report of the NTSB.”

The inaccessibility of the site also could hamper efforts to bring the wreckage elsewhere to study it.

“I don’t know if that will be possible in this case,” Weiss said.

Six people from two different families and a pilot were on the flight.

In addition to Amy and Joceyln Gannon, police said the flight manifest listed the pilot as Paul Matero, 69, of Wailua, Hawaii. The four other passengers, including two girls who were 10 and 13, were from Switzerland, officials said.

Because of that, there’s been a delay in releasing their names, said Coco Zickos, a spokeswoman for Kauai County. She said officials expect to release the names once they have finished notifying relatives.

Experts say Kauai’s topography and weather pose unique challenges to pilots and that it would be difficult to find anywhere to make an emergency landing. U.S. Rep. Ed Case of Hawaii has said more needs to be done to make tour helicopters and small planes safe.

The helicopter company, Safari Helicopters, has had 11 enforcement actions since 1994, the Federal Aviation Administration said.

“We closed all of them with warning letters or letters of correction, which are on the low end of the enforcement scale,” FAA spokesman Ian Gregor said.

The company contacted the Coast Guard on Thursday evening after the tour did not return as scheduled. A search began, but steep terrain, low visibility, choppy seas and rain complicated the effort.

The company’s owner, Preston Myers, said in a statement that Matero had 12 years of experience on Kauai and was a “seasoned member of our team.”