BELOIT, Wis. — A victim of theft is back on three wheels this week after a generous anonymous citizen, police said.

Beloit police said Thais Parkinson had her three-wheeled bicycle stolen in a burglary.

Police said Parkinson used her bike to get around the city, and the loss of her bicycle hampered her ability to get around.

A fellow citizen of Beloit read about the theft and contacted the police department. The citizen wanted to donate their brand new three-wheeled bike to the woman.

Beloit police said officers had the happy duty of informing Parkinson about her new bike.

“However, we here at the Beloit Police Department, as well as Ms. Parkinson, would like to send out a huge THANK YOU to this remarkable person!” Beloit added. 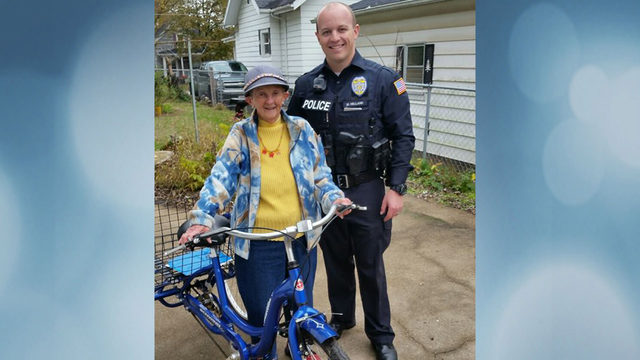