CRAWFORD COUNTY, Wis. — A recent fishing trip turned into an unbelievable memory for a local Wisconsin angler, but he won’t be recognized for his incredible catch.

Ben Halfen had been trout fishing with his friend in Crawford County Sunday for about four hours when he hooked a big one.

“When we saw it, we were freaking out,” he said. “It looked like a shark in the water compared to the normal trout you see. It just defied reason. Your mind didn’t even really understand what you were seeing.”

Halfen measured the rainbow trout as 31.5 inches long and 20.5 inches in girth. According to online trout calculators, Halfen estimates the fish would have weighed about 15.5 pounds. 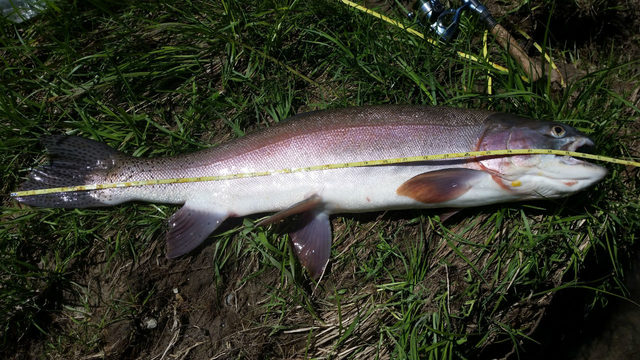 “It was considerably bigger than what I’m used to, and it actually ends up being almost 6 inches bigger than the largest trout I’ve ever caught,” he said.

According to the Wisconsin Department of Natural Resources , the current state record for inland rainbow trout is 29.5 inches long and 12.3 pounds in weight from Elbow Lake in 2006.

Halfen was unable to take the fish to be weighed because he caught it during the catch and release period for inland trout fishing, which runs from Jan. 7 to May 5.

“There’s currently a state record out there swimming around for somebody else to catch, which I think is really neat,” Halfen said.

A new DNR state record category will soon allow anglers like Halfen to qualify for records by measuring the fish instead of weighing them. The Live Release Record Fish category goes into effect May 6 and encourages anglers to catch and release trophy fish.

“A lot of times, you’re taking those large fish out of the population, and they’re large and old and probably have a pretty good genetic background,” DNR Fisheries biologist Karl Scheidegger said. “They’ve survived that long and contributed to the population. So if you can keep those fish in, obviously it’ll be a benefit to the population, and it’ll continue to spawn.” 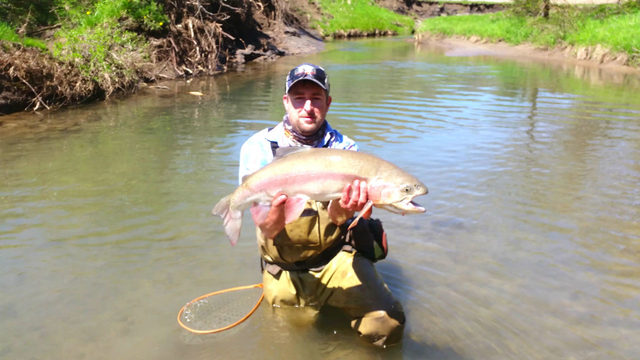 According to the DNR, fishermen need to fill out an application form and take several pictures from different angles of the fish. One of the pictures must show the fish with a ruler or measuring tape clearly displaying the length and another picture must show the angler with the fish.

“Now we can have people feel good about having a record and feel better because they don’t have to kill the fish to do it,” Scheidegger said.

Halfen said the rainbow trout he caught was a one in a million chance, and now he’s setting his sights on a new prize fish.

“I’d really like to catch a brown trout instead of a rainbow trout over 30 inches,” Halfen said. “That’s my goal.” 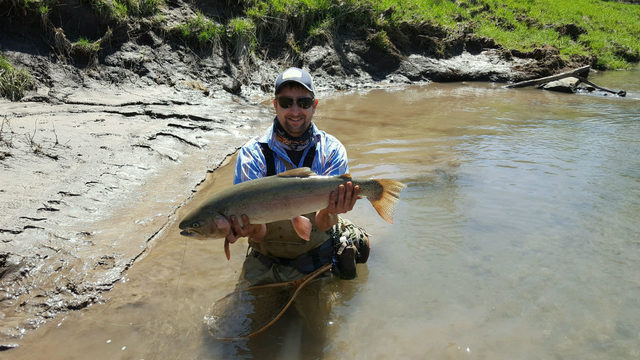