5 events to get you in the holiday spirit this December

Kick off the month with Joey's Song benefit

Joey’s Song Benefit
Dec. 6
Drummer and former madisonian Butch Vig and guitarist Freedy Johnston for the past several years have supported Joey’s Song, a Madison-area charitable group founded in 2010 after the death of Mike Gomoll’s son, Joey, from Dravet Syndrome, a seizure disorder. Vig and Duke Erikson — the drummer and guitarist of the rock band Garbage, respectively — and Johnston represent half of the members of Know-It-All Boyfriends, the cover band performing at the seventh annual Joey’s Song benefit on Dec. 6 at Barrymore Theatre. “Musicians by their very nature tend to be empathetic, caring souls,” Gomoll says. “Since we started, I have formed some amazing friendships with some very cool and talented people.” Joey’s Song has raised more than $250,000 for research initiatives and program services for children with special needs, including Gio’s Garden, Madison Friends of Citizens United for Research in Epilepsy, or CURE, and other Dane County nonprofits. Miguel Cervantes, who plays Alexander Hamilton in the Chicago company of “Hamilton: An American Musical,” is expected to perform at the event. Cervantes’ 3-year-old daughter died in October due to a severe form of epilepsy. 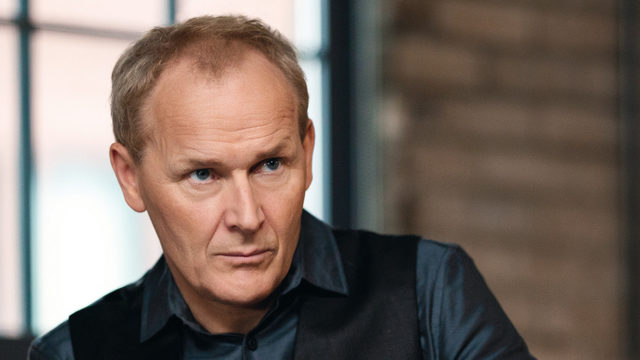 Winter is as busy of a season as summer for Wisconsin Chamber Orchestra Music Director Andrew Sewell and his musicians, who will perform George Frideric Handel’s composition for an 11th time at Blackhawk Church this month. The orchestra will be joined by the WCO Chorus and the Festival Choir of Madison. Sewell says switching things up with the legendary piece is on his mind each winter. “Varying the choruses and arias from year to year and introducing the audience over time to the complete three-and-a-half-hour score in just two and a half hours” are the challenges he enjoys the most, he says. 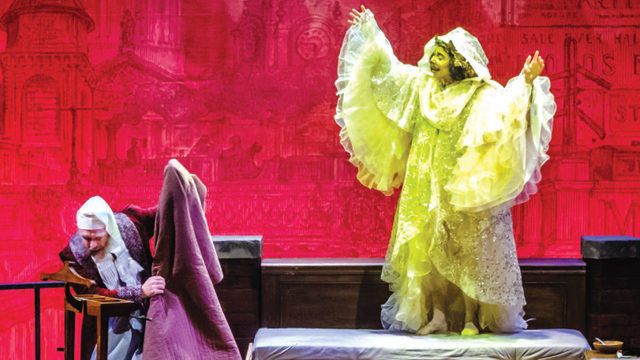 There will be a new Ebenezer Scrooge on Overture Center’s Capitol Theater stage for the first time in four years as veteran actor Jonathan Daly takes over the role from David Daniel for Children’s Theater of Madison. Daly, a longtime member of several Milwaukee theater companies, tackles the portrayal of the wealthy curmudgeon who treks into the past, present and future with a trio of formidable ghosts. In this adaptation by Colleen Madden, CTM presents Charles Dickens’ holiday staple for the 42nd year. 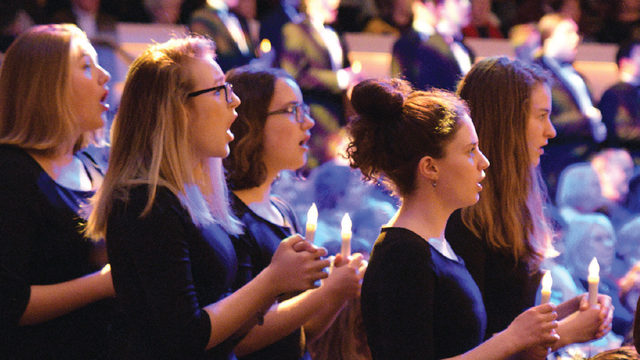 Music director John DeMain and the Madison Symphony Orchestra will collaborate with three choirs and opera stars in this holiday extravaganza that has inspired patrons to sing along from their seats at Overture Center for the Arts’ Overture Hall. Led by the beautiful voices of the Madison Symphony Chorus, Madison Youth Choir and Mount Zion Gospel Choir, audiences will croon several classic Christmas tunes. Special guests are accomplished opera singers Michelle Johnson, a soprano, and Mackenzie Whitney, a tenor, who have performed with Madison Opera. 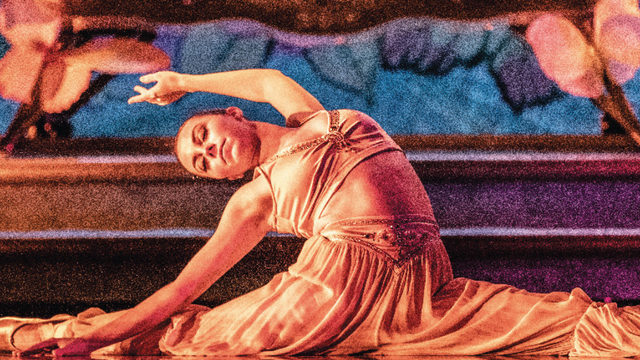 Look for new male soloists and a fresh choreographic twist when Madison Ballet’s 38th production of the holiday classic comes to Overture Hall. As is tradition, the stage will be overflowing with faux snow, a 25-foot Christmas tree and a large community cast. But Madison Ballet managing director Gretchen Bourg says artistic director Sara Stewart Schumann will apply her approach to the choreography. “She’s had a whole year to cultivate ideas for putting her own stamp on the production,” Bourg says. Music Director Andrew Sewell and the Wisconsin Chamber Orchestra will execute Pyotr Tchaikovsky’s dazzling score. The schedule was condensed into a shorter span of days and has family in mind, with five matinee performances in its run.