Expert picks on the best of what the fall...

Pro Arte Quartet with Nobuko Imai, UW-Madison School of Music
October 7
You can still hear for free the world’s only continuously performing string quartet of more than a century in our own Pro Arte Quartet. With events at the Chazen Museum of Art and Mills Hall, one of the highlights will take place in October, when the foursome is joined by celebrated violinist Nobuko Imai.

Brass Fest II, UW-Madison School of Music
October 9-11
The offerings from the UW School of Music are enough to occupy an entire season of concertgoing on their own. While more events are ticketed than previously, it turns out that sometimes they can be as hot as almost any ticket in town. That could well be the case for Brass Fest II. The premiere event last year was one fun-filled and stimulating concert after another. World-class guest artists and a Saturday reception are only the most obvious pleasures to anticipate.

The Great Emanuel Ax, Madison Symphony Orchestra
March 11-13
The Madison Symphony concerts in March literally have it all–one of our time’s greatest pianists, Emanuel Ax, heard in two relative rarities of Franck and Richard Strauss, along with conductor John DeMain’s second go at Mahler’s most inviting works, Symphony No. 4.

Masterworks IV with Alexander Sitkovetsky, Wisconsin Chamber Orchestra
March 18
Andrew Sewell and the Wisconsin Chamber Orchestra are nearly as famous for their stimulating programs as for their wonderful performances. The concert in March could not be a better example of what they do best. Two relatively unknown works by Trimble and Larsson open the night, followed by renowned violinist Alexander Sitkovetsky as soloist in Barber’s Violin Concerto; then Sewell will prove once again how a work like Beethoven’s Symphony No. 4 finds added luster in a chamber orchestra setting.

The Tales of Hoffman, Madison Opera
April 15 and 17
For a night at the opera, one can start the season with one of the top three most performed works, Puccini’s La Bohème, and close with Offenbach’s The Tales of Hoffman. The latter features the four principal singers making their company debuts–and given Madison Opera’s track record of presenting singers who are on the cusp of major international careers, this should be quite a treat. 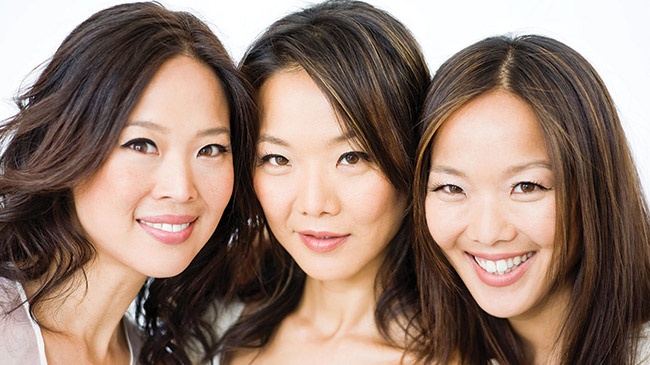 SISTER ACT
Korean-born and Juilliard-educated, the Ahn-Core Ahn Trio of sisters Angella, Maria and Lucia (who play violin, cello and piano, respectively) create a new spirit within the ever-evolving vision of chamber music. Their highly anticipated return performance at Overture Center on March 11 features a composition of their favorite pieces written and arranged specifically for the trio. – Gabrielle DiBenedetto

CLASSICAL APPRECIATION
There is one ensemble in town that, depending on the season, illustrates the glass-half-full/half-empty conundrum: the Wisconsin Chamber Orchestra. For six Wednesdays every summer they delight more than twenty thousand avid fans with the Concerts on the Square series. Somehow, everyone understands that you just can’t beat the combination of warm weather, the Capitol Square setting, picnic suppers and consistently invigorating performances.

Yet somehow, year after year, only about five percent of those revelers come indoors to hear Andrew Sewell and his orchestra of two to three dozen players in that intimate jewel of a music hall, the Capitol Theater. Part of the problem seems to be this lingering misconception that a chamber orchestra is some sort of bargain-sized orchestra, and there’s simply no way it can compete with the eighty or so players in a full symphony orchestra. Can we dismiss this misapprehension here and now, please?

We get five chances to hear the WCO in its Masterworks series, but this season the group is busy with lots of other projects: offering Handel’s Messiah, providing a scintillating reading of The Nutcracker for Madison Ballet (along with Peter Pan in March for the same troupe) and the usual Holiday Pops concert.

I’ve heard other chamber orchestras many times in Santa Barbara, Milwaukee and Los Angeles, and the Wisconsin Chamber Orchestra takes a backseat to none. It’s time to stop treating them like a poor musical stepchild, and recognize the full part they play in the amazing musical panoply of Madison. – Greg Hettmansberger

AN UP-AND-COMER
A growing number of Madison-area classical music fans know Kyle Knox. And thousands more know his wife. The husband of Madison Symphony Orchestra concertmaster Naha Greenholz, Knox has been quietly building a career as a conductor. Formerly a clarinetist in the Milwaukee Symphony, he has already appeared on the podium of the Middleton Community Orchestra and led University Opera’s production of Britten’s Albert Herring.

But this season may be the one that launches Knox on to ever bigger and better things. He will make his Madison Opera debut in February, conducting Mark Adamo’s Little Women, and a month later returns to University Opera to navigate the intricacies of Conrad Susa’s Transformations.

Critical assessments aside, Knox has already received a very encouraging stamp of approval from John DeMain: “Kyle certainly possesses the significant tools of a professional conductor–a clear beat, communicative manner and a great ear–but best of all he demonstrates a joy in conducting, whether in a rehearsal of tough music or in a performance.”

Get ready, Madison: this could be one of those cases when someday we’ll say, “We knew him when …” – Greg Hettmansberger

MMSD Board chooses Dr. Matthew Gutiérrez as next superintendent

Sun Prairie cuts salt use in half, saves thousands in budget